A Waking Ghost Inside 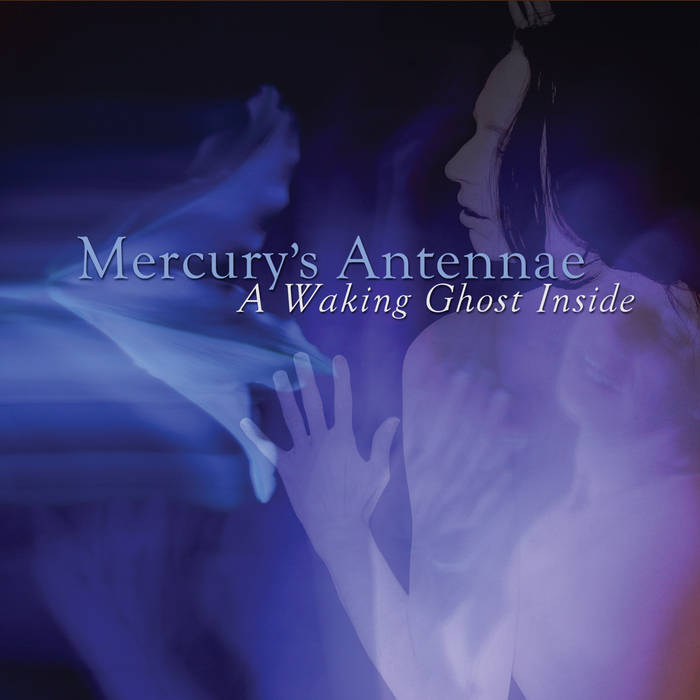 rikm Featuring members of This Ascension and Translucia, Mercury's Antennae craft beautifully arranged Darkwave with exquisite vocals. "A Waking Ghost Inside" is an impressive collection of songs that ably demonstrates it's member's talents, a fantastic album that comes highly recommended...

Daevad I'm not sure I can list a bunch of reasons why, but to me this album is a true masterpiece. Favorite track: The Way You Purr.

Todd Thorne Nice collaboration. I especially enjoy the moments when Dru unleashes that magnificent siren voice of hers to punctuate the somber emotions laced throughout these tunes. Favorite track: The Way You Purr.

la_vanessa Darkly beautiful, warm, magical...love this so much. Dru's voice is gorgeous and rich as ever. Favorite track: Nepenthe.

Ethereal, hypnotic, dizzying, gripping, lush, oceanic, driving, cinematic, haunting… these are good words to describe A Waking Ghost Inside, the debut release from San Francisco-based Mercury’s Antennae. Comprised of vocalist Dru Allen (This Ascension, Mirabilis) and multi-instrumentalist Erick R. Scheid (Translucia), the band’s sound is distinctly reminiscent of ‘90s-era Projekt acts. Ranging from the heavy moodiness and guitar drone of Lycia to the unadorned acoustic beauty of Love Spirals Downwards to the passionate rock of This Ascension, the duo also draws on ambient and tribal influences, contemporary electronica, the sweet melodic pop of 4AD, and the blissful guitar noise of bands like Curve.

Guitarist/instrumentalist Scheid co-founded the band Translucia in 1994. After appearing on the Cocteau Twins tribute Half Gifts on the now defunct Dewdrops label, Translucia were signed to Toronto’s Plan 11 label, which released two albums. Allen has studied and performed rock, heavenly voices, classical and world music for over 25 years. Best known for fronting the darkwave act This Ascension she is also one-half of the neo-classical, heavenly voices band Mirabilis.

The two met in 2010 at a fateful Lovespirals show. Scheid, recognizing Allen from her work with This Ascension, approached her with the idea to collaborate on music. An enduring connection formed as Allen gave voice to a number of instrumentals Scheid had previously recorded. Other compositions came to life, spontaneously conceived as the two jammed with acoustic guitar and voice. They each brought their own unique approach to songwriting; Allen’s soaring, multilayer vocals fused with Scheid’s electronic experimentation and trusty guitars to create songs of rarified style, power and grace.

The title A Waking Ghost Inside refers to the spark within each of us, the impulse to create and discover the innate energy that unites us with immeasurable realms beyond. As humans, we experience a sense of longing to connect to oneself on a much deeper level. In our search we catch glimpses of other possibilities of life and spirit. A Waking Ghost Inside sonically explores these themes and the potential to awaken one’s own authentic self.

Fans of darkwave, heavenly voices and spacious atmospheres will find themselves at home within these 77 minutes: it’s an alchemy of harmonic, swirling guitars, lush, glimmering instrumentation, and Dru’s dream-felt and sirenic vocals.