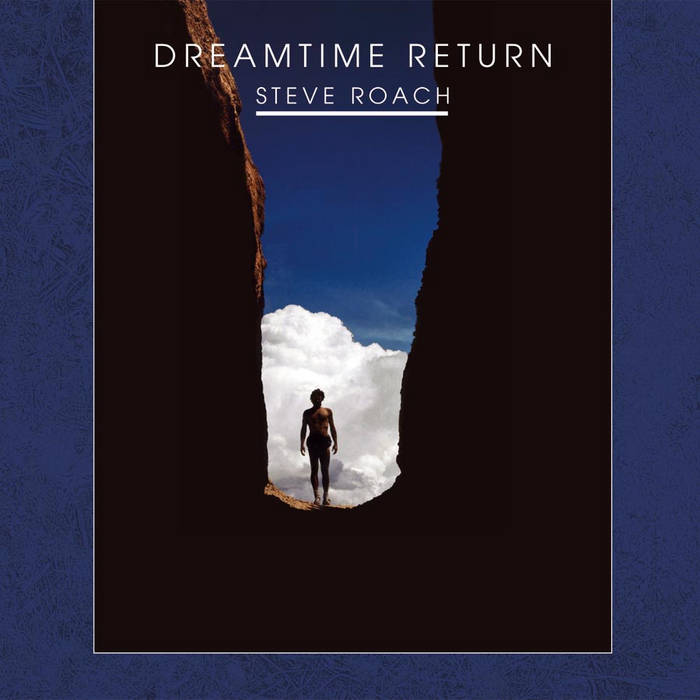 mysticwolf75 Another Steve Roach masterpiece I bought 3 times on CD - the Fortuna Records version, the 2005 Projekt reissue, and the 30th anniversary edition. Nice to have it digitally, as well. A classic in the truest sense of the word. Favorite track: Magnificent Gallery.

<=> *A masterpiece far beyond words... Favorite track: Disc1: Towards The Dream.

Don Maldonado A must have for all ambient electronic fans. A monumental work! Highly recommended! Favorite track: Disc1: Towards The Dream.

Ilja Sillman Sounding delicate and majestic at the same time, this classic still manages to surpass many of the subsequent efforts of this genre. Favorite track: Magnificent Gallery

The Return of a Masterpiece
30th Anniversary Remastered Edition

Since its release in 1988, Dreamtime Return has earned its reputation as a genuine classic. The two-CD magnum opus is one of the most important, widely known and highly respected release in Steve Roach’s vast body of work. It serves as an essential benchmark within the Electronic-Ethno-Atmospheric genre.

Roach’s travels in the Australian outback, along with studies of the Aboriginal Dreamtime, and his desert walkabouts in California were the lifeblood for this recording which even today sounds like a transmission from the near future and the very distant past.

“Musically Dreamtime Return richly deserves its classic status, but Roach also deserves credit for leading electronic musicians out of their sheltered studios and into an active relationship with the landscape, the wider world, and deep cultural history. The whole genre is stronger and more relevant for his example.” – Stephen Hill, Hearts of Space Radio

Three decades after its release, the true expansive depth of this iconic masterpiece has been meticulously unveiled, revealing an entirely new listening experience. With this 30th Anniversary remastered edition, mastering engineer Howard Givens utilizes his years of technical knowledge with electronic music, an extensive array of analog and digital tools, and his passion for this seminal work, to restore the original sonic nature and visionary intention, taking the listener deeper into the dreamtime.

“Steve Roach demonstrates that electronic music’s greatest potential may lie in bringing our most elusive dreams and ancient memories into focus through potent, highly imaginative soundscapes. In addition to the atmospheric harmonies and rhythms that literally engulf you for two hours the artist’s compelling style is his uncanny ability to create the illusion of suspended time. Altered chords that breathe ever so slowly, floating textures, digitally sampled aboriginal timbres, and arresting special effects lead you through a gently unfolding maze of sonic dimensions that depict a sense of mystery and confrontation with the unknown. The effect is mesmerizing, increasingly introspective, yet curiously comforting as if the primitive wisdom and renewed connection to nature this music conveys is something you were craving all along. This is without question Steve Roach’s masterpiece.” – Linda Kohanov, (excerpt from) CD Review, August 1989

“Surrounding every masterpiece there is an arcane and indecipherable energy, a divine breath that blows. Works like Dreamtime Return change the course of history and accomplish a prodigious jump forward. It is a recording that has inspired a whole generation of musicians and that contains within its two hours astounding artistic intuitions, the starting point for all of the esoteric and tribal music that is produced today. The drones of the didgeridoo, the ceremonial drums, the alien ambiences, the voices from the past, the eternal silences, the tribal atmospheres, the dilation of time, and the sculpture of space have created the tribal-ambient genre, of which Roach was the first techno-shaman. The record can be considered a soundtrack for an adventure at the edge of time, an experience that has deeply and indelibly marked Roach, whose life from that moment will no longer be the same. The channel is open.” – Gianluigi Gasparetti, Deep Listenings, August 2005


"Dreamtime Return is more than a seminal recording that has influenced a generation of musicians. It’s a portal into a universe where technological designs merge deep inside primordial moods. Roach found the nexus of primal didgeridoo growls and synthesizer drones and orchestrated them into this techno-tribal opus. When you shout out at the edge of the world, Dreamtime Return is echo that calls back to you." - John Diliberto, Echoes Radio