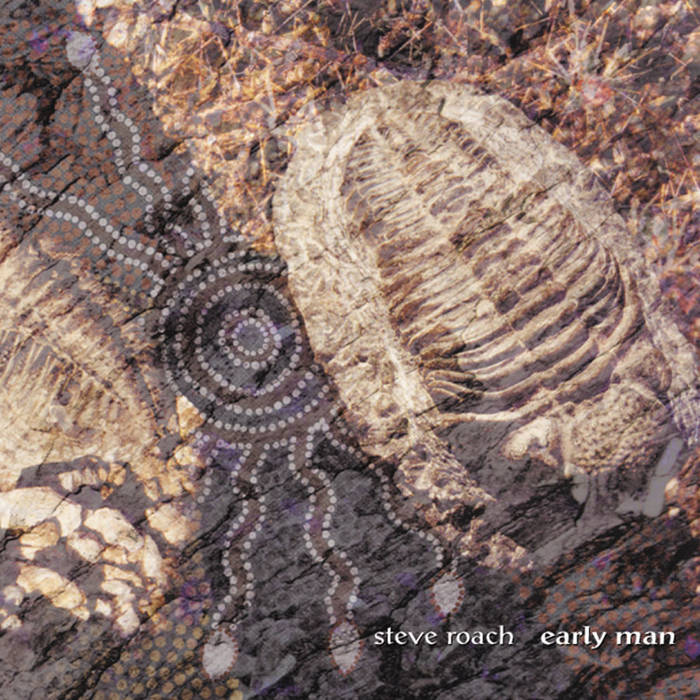 Portis One of my most-listened to releases from Steve Roach. Not as tribal as you may expect before listening. An expansive and atmospheric thematic journey of one ancient man. Favorite track: late dawn.

patient_ot An intense experience and one of the best albums I've heard from Steve. You don't want to miss this one.

Rob Clay I think this is my favourite Roach album. Tribal ambient with distant pulsing beats/rhythms, but nothing intrusive or distracting about it. The second disk is the better of the two. Favorite track: walking upright.

Hawk of the Pines

In 2001, Steve Roach – the master of space and time altering atmospheric soundworlds – created this spellbinding look into our primordial unconscious memory bank.

A day in the life of Early man….

There’s movement up ahead, a lone figure on the edge of the abyss, teetering on the brink of darkness. He is the First Soul, the Lonely Wanderer, the early man, and digital aural guru Roach has provided his evolutionary soundtrack, sounds that upon observation are situated in time like millennia-old fossils waiting for the unearthing. Roach has travelled down these prehistoric roads before, but never like this. This is his archetypal release, a staggering sonic snapshot that time forgot. Originally released as a special limited edition — presented between 2 pieces of slate on manifold Records — early man is now a two-disc mammoth. Disc One is a hour plus journey into quantum pulse and barren tones, as myriad noises chigger about and nestle within the speaker fabric, as scuttling rhythms assume life and eke out footprints in the prehistoric sediment, as immersive electro-tectonic shifts map out the topography newly emerging underfoot. The 71 minute Disc Two morphs the drones into whispering, quiescent, near-subtle beat patterns and random incidences, as Roach’s daunting electronic palette yields a colorful bounty of ancestral dawns, preening skies, vivid earthen architecture. early man is, simply put, a stunner.

"On Disc One, a day in the life of Early man moves through six different zones that conjure up ancient atmospheres of elemental soundworlds. Occasional distant and subdued primordial rhythms call one to the next place of dreaming. The sonic archeology continues with Disk Two moving deeper into the substrata of time and memory. Elements from Disc One are decomposed and reformed along with new material to create a different perspective on another ancient day." - Darren Bergstein / Muze


In Steve’s words: “This soundtrack was created for my most distant ancestor. The image of one lone, wandering early man reoccurred throughout the creation of the music, long before the title. With my years of travelling in the dreamtime sound currents, this chapter of my work took on a unique sound and concept. I clearly wanted to create a sound that felt ancient, and worn smooth by time. I wanted to keep a kind of subdued energy throughout, a sense of movement and discovery but tempered by the elements over the eons. One thing I think is noticeable is the careful attention to high-frequency sounds. So much of today’s information and music calls for our attention with a full bandwidth of information. As I started excavating what would become early man, the idea of removing certain frequencies in order to let the ear hear differently became central to the project. It really took on the feeling of an archeological dig as I sifted through various soundworlds to uncover the core of early man.”