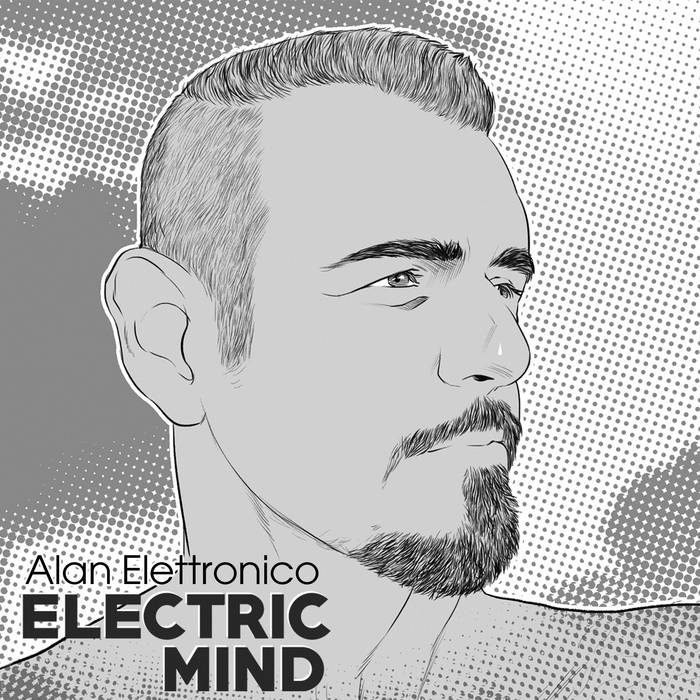 Superlative album that makes us travel back in time, so far back that it is ahead of many disco-dance productions of this period. The songs are better than each other, but my absolute favorite track is: "Electric Dream". ☆☆☆☆☆

Paul Asbury Seaman Bravo! Should have been titled “Just for fun.” Seriously fun. Got that late-70s em vibe just right, tucked between disco and Berlin School pop. No dusty nostalgia here, but an invigorating recollection of a more care-free time (at least while we were dancing to this kind of music…). If you like this album, RAIN SWORD is another artist here on Bandcamp who’s done some similar early-80s-sounding tracks. Between the two, I’ll be grinnin’ and bobbin’ my head the rest of the day. Favorite track: VideoGirl.

ELECTRIC MIND is a dualistic journey from Italian synthesist Alan Elettronico. It first brings the listener on a space odyssey through unknown galaxies, an interstellar voyage on retro-futuristic spaceships with odd shapes and almost-sentient robotic companions questioning the meaning of life. Second it’s a journey in the past, a philological reconstruction of the sound of the future as conceived in the golden years of space disco (1977-1980). Much like Daft Punk’s RANDOM ACCESS MEMORIES, ELECTRIC MIND is an uptempo digital incursion into the analog era, a sound that triggers body memories for those who danced to those cosmic beats and airy melodies. Elettronico uses the suggestions of artists like Moroder, Vangelis, La Bionda or Lipps. Inc to build the pulsing soundtrack of an imaginary space saga that would easily fit within the 70’s series Battlestar Galactica or film The Black Hole.

Elettronico explains, "The thread beneath the surface of ELECTRIC MIND is autism. Those of us with Asperger's sometimes have great emotional distress in understanding the world like others do. I started making electronic music because it pleased my sense of geometrical perfection. Thus my obsession with Kraftwerk, to whom I owe the use of synthetized voices. Each song I make is represented in my mind like a geometrical solid shape: What I am reminds me of a sphere, 'Electric Dream' a pyramid, and so on. The lyrics, even if minimal, do have connection with autism."

“Aspies are often said to act like ‘robots' as we lack emotional interaction; in the opening song I say 'I ain’t a robot, so what am I?' 'Electric Dream' has a reference to 'Together in electric dreams' by Moroder and Oakley, but musically it is more inspired by Tangerine Dream. Its lyrics concern brain activity; dreams are electricity in neurons. 'Love like a chain' was born experimenting with vocals and was inspired by Kraftwerk’s 'Musique non stop:' a minimal danceable song relying on robotic vocals. 'Make it One' is inspired by some kind of lounge music; I sometimes listen to old stubs and find a way to finish them weeks or months later. After a vacation by the Adriatic Sea, I found this piece depicted well the sensation of a road trip by the seaside. ‘This ain’t love' is directly inspired by Daft Punk mimicking late-70s disco: the lyrics don’t have a particular meaning this time, I only thought they sounded fine on the music. Being a huge fan of manga and anime, ‘VideoGirl' is inspired by the anime 'Videogirl Ai' by Masakazu Katsura. It’s the story of a boy who falls in love with a magical girl who comes out of a videotape. This makes the song absolutely synthwave. 'Space Beyond' is both an homage to ‘Space' by French band Space and 'I wanna be your lover' by Italian duo La Bionda — genuinely space disco. ‘Diva' is again inspired to Daft Punk, but this time the harsh sounds of the album HUMAN AFTER ALL.”

"As you can see, the sources of inspiration are very defined. This is why people in their 50s/60s tell me the music deeply threw them back on a crowded dance floor with glitter balls and strobe lights, weird hairdos and tight outfits. To achieve this total immersion in the past, I used sound libraries ports from instruments of the period: TR 606, 808 and 909, Linn Drums, Yamaha and Casio synths, very ‘classic' sounds.  The deep reference to space disco and Italo disco put the album in the niche of synthwave and retrowave, with 'What Am I' and ‘VideoGirl' being the most suitable. 'What am I' in fact has been included in 21 synthwave playlists so far. The most successful song has been 'Love Like a Chain' which is getting included also in techno playlists."

Alan Elettronico is an Italian composer and writer. He began creating music in 1998 as a keyboardist in electronic duo Subway Sleep, with the albums Introruption and Guillaume, the latter being a drone/ambient/noise concept album about the radio and Guglielmo Marconi. In 2006 Elettronico took part in the experimental media platform FLUX created by MTV Europe. Forming the band Oem Quartet with dubstep musician Kurosan, he released the album Unus for independent label Inv3rno. Later that year, their song “Organic Matter” won a contest to gain entry in the international electronic festival “Interferenze,” where they performed the whole album and new songs from the project Plant. In 2007 Elettronico started his career as a poet while working as a literature teacher. In 2018 he won the special prize of the jury for poetry at BIL with his book Aleph. In 2021 he is back to music with the debut solo album ELECTRIC MIND for Projekt Records.