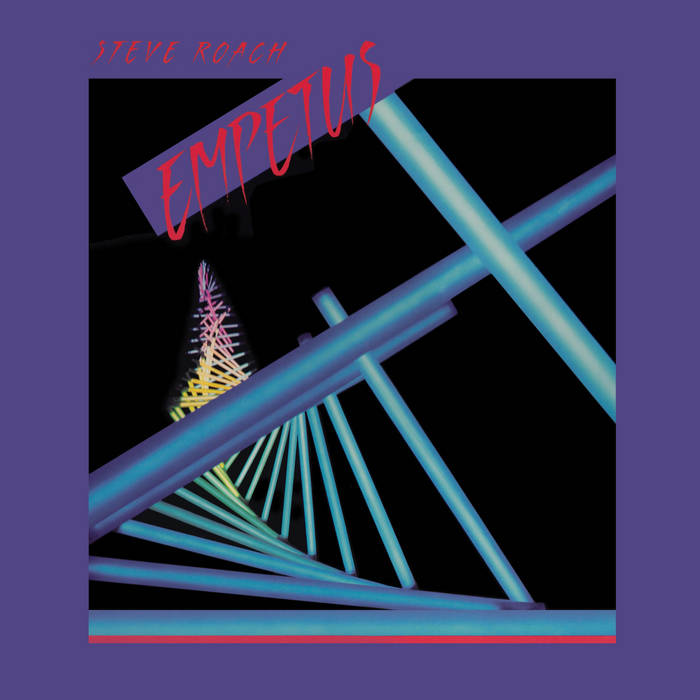 deepskynm I had already been exposed to the Berlin School movement through Tangerine Dream and Klaus Schulze when I wandered into my favorite record shop and discovered this work waaaay back in '86. What a find, what an artist and what a fabulous trip it has been over the decades as Steve explores new sound environments. This work has a simplicity yet at the same time a dynamic complexity that is refreshing every time I listen.
Favorite track: The Memory

weelther Dam Funk brought me here. As he included this one in his 2020 mix for Music From Memory.
Thank you for this bliss, Mr Roach! Favorite track: Merge.

Focus on the Breath

John Diliberto ((( echoes ))) wrote in 2010: “This may be the most concise Steve Roach album and came at the end of his sequencer phase, his last flame-out on Berlin school electronics. But he was already taking it somewhere new. Unlike Roach’s usual CD long expanses, these are bite-size compositions that do their job, quickly, efficiently and with every moment counting. Roach leaves you breathless in a maze of synchronized spinning patterns only to pick you up and send you whirling again.”
echoesblog.wordpress.com/2010/09/27/5-essential-steve-roach-cds/

The Early Years – a digital bonus:

The digital-only bonus, entitled The Early Years, features two amazing long-form sequencer pieces circa 1982. The first piece, “Harmonia Mundi,” was recorded live in the L.A.-based Timeroom with Swiss-born electronic musician Thomas Ronkin. At 45 minutes, this is one of the more possessed and intense analog sequencer trance pieces you’re likely to hear. “Release” is a 24-minute solo statement of emotion and energy connected to the early years of Steve’s evolution in sound, harkening to Now and Traveler.

review from AllMusic.com:
This 1986 Steve Roach release finds him visiting the very familiar territory of his early years. Empetus is a profoundly rhythmic recording, with dashes of ambient atmospheric textures here and there adding a luminous aura of color to each of the tracks. Empetus, like many of his early recorded works, has a bit of a Berlin School feel, a lá Klaus Schulze, Tangerine Dream, and Ashra, but there's something about even Steve Roach's earliest work that is distinctly American in flavor and composition. As noted, this is a rhythmic recording, consisting of beautiful and cool analog and synthesizer sounds, which truly date the music as being from the mid-'80s, but Empetus is a refreshing, almost vintage recording rather than a schlocky, almost insubstantial synth/new age excursion that, unfortunately, the '80s yielded many of. There's also a bit of a minimalist feel, similar to some of Steve Reich's work, but more organic and less cold. One track that really sticks out is "Conquest," with Weslie Brown's fervent vocals passionately resonating throughout the track, set against the backdrop of Steve Roach's organic, and isolated, synthesized minimalism. This is a great recording and one that is truly a wonderful place to start exploring the massive catalog of Steve Roach. - Matt Borghi