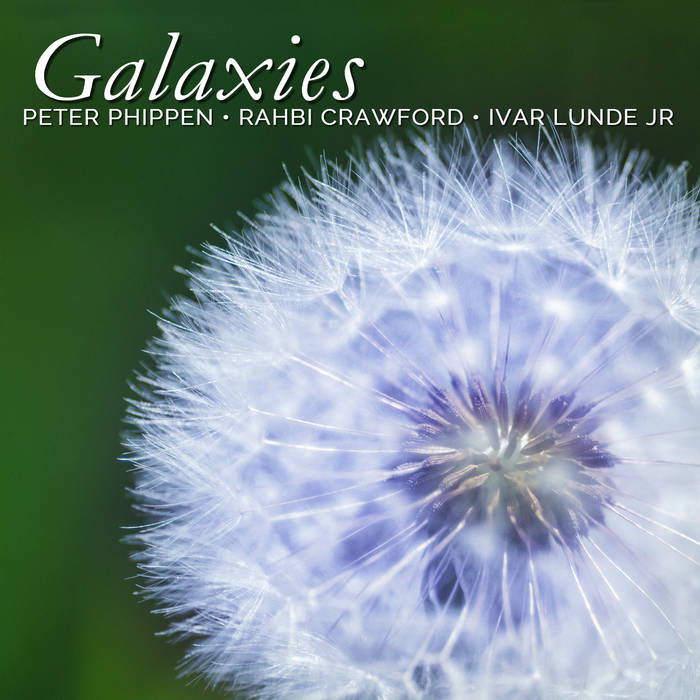 Dave Aftandilian I have always loved the simple beauty of solo flute music (such as that of R. Carlos Nakai). The notes emerging remind me of sunlight trickling down through leaves, or a gentle breeze rippling the surface of a stream. Here the synth textures and chimes add a depth and expansiveness to the flute melodies, allowing them to open deeper meditations and Mysteries for the listener.

Upon their first encounter in 2013, Phippen and Crawford strongly felt they were sonic soulmates. Within their first thirty seconds of collaborating the connection was undeniable. "It was like we had played together all of our lives," says Phippen.

"Each time Peter and I improvise music we are swimming in the same stream of consciousness," adds Crawford.

As Phippen and Crawford serve as mediums to convey music of the ethers, the channeling effect is doubled and intensified, opening a door for the sounds to pour out.

RJ Lannan, Zone Music Reporter: "It was not long before I found myself lost in the flow and pulsations, becoming a small part of the occurrence. I have to admit I was impressed by how the music was balanced among the instruments, none overpowering the other in what was a show of respect for each other and the music."

Amythyst Raine, Amazon Best-Selling Author: "For years the beautiful and haunting melodies of Peter Phippen's music have filled my home. I've always waited in anticipation for the next creation, and I've never been disappointed. Once again, this talented artist comes through with a uniquely soul-soothing series of melodies created with antique shakuhachi flutes, the musical magic of Rahbi Crawford and Ivar Lunde Jr. These channeled musical journeys produce a calming ambience and a unique atmosphere for meditation, reflection, and relaxation.”


Peter Phippen Bio:
Over the past three decades and 22 albums, Phippen’s experiential, natural folk style revealed a penchant for creative and artistic sonic improvisation. He’s researched the history and performance technique of traditional flutes from around the world and throughout time. Phippen was the first non-Native American flutist signed to Canyon Records, which released his classic 2003 album NIGHT SONG. In 2010, his WOODNOTES WYLD: HISTORIC FLUTE SOUNDS FROM THE DR. RICHARD W. PAYNE COLLECTION was nominated for a Grammy in the Best Native American Music Album category.

Rahbi Crawford Bio:
While studying sound healing in the south of France, Crawford was introduced to the therapeutic properties of crystal singing bowls. Creating sound healing concerts eventually led to sharing these transformational experiences as part of Mayo Clinic’s Creative Cancer Renewal Program in Rochester, Minnesota where Crawford provided the background music for their DVD, “Mindful Movements: Gentle Yoga." Besides her extensive musical training, Rahbi brings her own emotional healing spirit into the music of GALAXIES.

Ivar Lunde Jr. Bio:
Ivar Lunde Jr. is a 20th century experimental electronic and classical music composer educated at the Conservatory of Music in Oslo, Norway, and at the Mozarteum in Salzburg, Austria. A prolific composer, he’s been awarded numerous prizes and commissions over the past 50 years with many works published and recorded in the United States and Norway. Active as a conductor, he’s worked with symphony and chamber orchestras in both Europe and the United States.