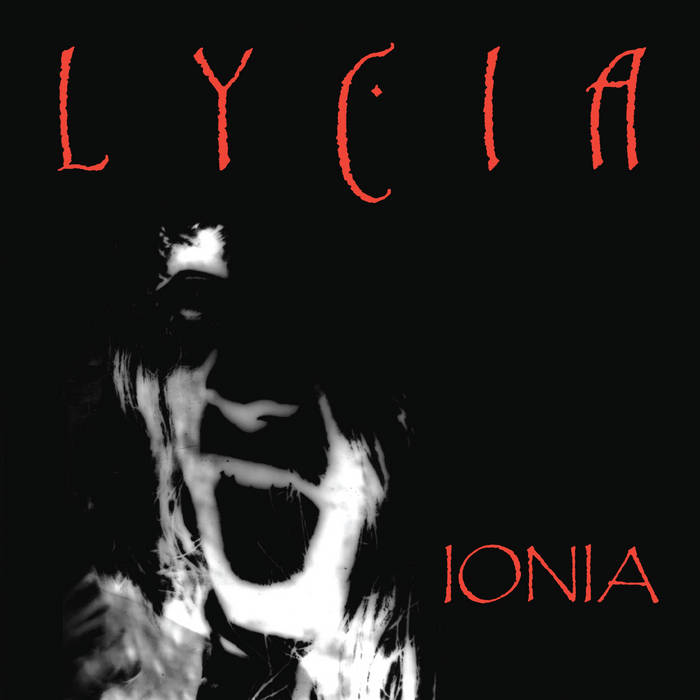 Matt Need to get back to the... desert. Favorite track: Desert.

bluedestination Dark wave for acquired tastes.
It's a great album for late nights, when you decide to willingly submerge yourself into the darkness and melancholy. Favorite track: The Realization.

Scott This remaster sounds good, especially when loud; a nice dark wall of misty atmospheres and thoughtful gothic rock....Solid from start to finish. Even better yet, the t-shirt fits and the tote makes a great home for my Lycia vinyl and CDs. Favorite track: This Moment.

Released in 1991, Ionia was Lycia’s debut on Projekt. With its brilliant blending of intense cascading guitar, droning synths and deep, whispered vocals, the release quickly found a home with fans of independent, underground goth as well as spacey ambient music. On this influential and much-admired album, songwriter, vocalist and multi-instrumentalist Mike VanPortfleet speaks to a melancholy that’s intentionally left open-ended. A raw mournful mood pulses beneath songs of isolation, existence, love and loss.

Ionia was a post-punk musician’s attempt to create an ambient record. VanPortfleet (with musical assistance on a few tracks) created hypnotic soundscapes that turned the mournful into the majestic. Inspired by the primal sounds of bands like Swans, Big Black and Cindytalk, and a desire to take it into realms of deeper experimentation, VanPortfleet reflects, “The mood of the album was influenced by my growing interest in darker-themed books and films, mysticism and existentialism, as well as an increasingly isolated and aloof personal life.”

Ionia appeared as a completely realized concept, putting Lycia on equal footing with influential bands of the time such as Dead Can Dance, Joy Division, The Swans, and Bauhaus. Ionia instantly fit into a fan’s music collection, never seeming like an newcomer’s debut, but rather like a classic one had always owned.

Darkly beautiful, flooded with a sense of loss and mystery, Ionia is devastating yet hopeful. Breathtaking and bewitching, the striking atmospherics and yearning lyrics create an achingly entrancing panorama of bittersweet longing.

Twenty-six years later, Ionia returns in a sonically-revealing remastered edition, overseen by VanPortfleet and Martin Bowes (Attrition). This is the reverb-drenched gothic take on ambient that put Lycia on the map.

PITCHFORK: “For over two decades, Arizona’s Lycia has been pioneers of “darkwave,” a reverb-drenched, gothic take on dreampop. This is the Cocteau Twins if they looked so far inward that they began to focus on the darker, downer-ridden side. Along with lovesliescrushing, who freed shoegaze from pop conventions, they became one of the noteworthy and boundary-pushing acts on the goth music label Projekt.”

POP MATTERS: “Lycia’s influence, and the respect it’s afforded, has been far more profound than any record sales figures would suggest. While VanPortfleet might have felt his band was under-appreciated, you only need look to the resurrection of deathrock, the rise of witchy and hauntological electronica, shoegazing metal, eerily psychedelic Americana, or the rejuvenation of dark ambient music to see that Lycia’s legacy inspired a raft of musicians across a broad range of musical genres.”