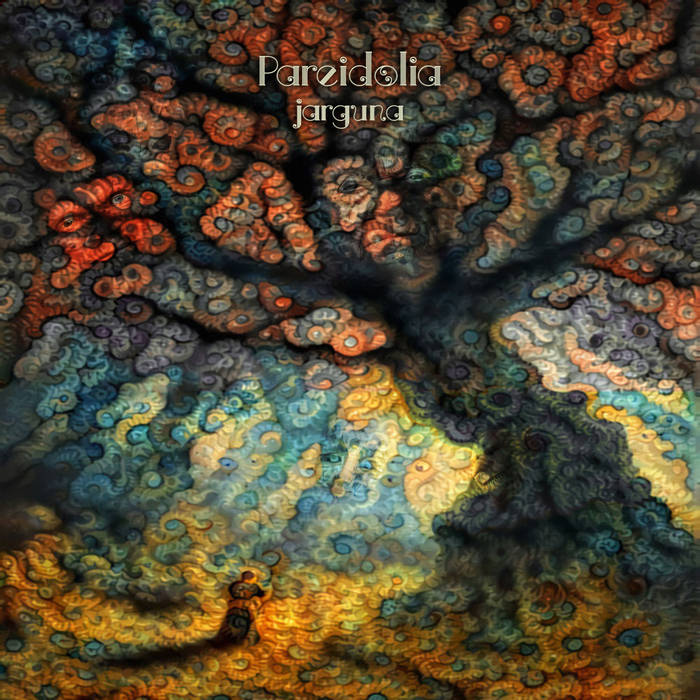 
jarguna is Italian sound-artist Marco Billi and PAREIDOLIA is his 27th album. While retaining the ethno-organic-ambient sound that he is known for, this release has the added pleasure of sequencer electronics (on tracks such as “Return to the Paganism”), or space-musicscapes with long drones and melodic lead-like synthesizer (on tracks such as “One More Level.”). A truly gifted and spirited journeyer, jargon released his first album in 1998, and for 20 years has explored his environment, bringing new inspiration from his travels in Africa, Asia and Central America to his ethnical, tribal, ritualistic journey of sound.

Pareidolia or Pseidolithic illusion (from the Greek èidōlon, “image”, with the prefix parà, "near") is the subconscious illusion that leads to perceiving known forms, objects or profiles with random forms. One of the most classic examples of pareidolia is the sphinx on Mars. How we wish it to be true: for there to be concrete evidence that more-intelligent extraterrestrial beings have left evidence of their passage.

“With this idea of illusion in mind,” jarguna reflects, “I explored new soundpaths, including the meanders of the psyche where these ideas are born; reality is always easier than what our mnemonic filter builds. Although I regularly explore sounds and new themes, on PAREIDOLIA my style moves in alternating tracks between light and darkness, a roller coaster where the melody is followed by darker textures to bring out the melodies, or the other way around. In this album there are ethereal moments like “Search of the Sacred,” to more material phases like “One More Level,” and mysterious phases like "Trick in the Clouds.” The concept of the term, especially the auditory illusion, is expressed in its maximum on ‘Spiteful Troll’ where natural, synthetic sounds, real animals recorded in the field and artfact simulations mix together to create a plot of sounds that confuse the real with the illusion.”

Almost all the album is dedicated to mythological entities, from fairies, Trolls, to sacred and pagan icons that we find in inanimate objects, a trip into the illusion of our conditioning.

Irene Billi: clarinet on "Return to the Paganism"