Puja In The Temple Of Sound 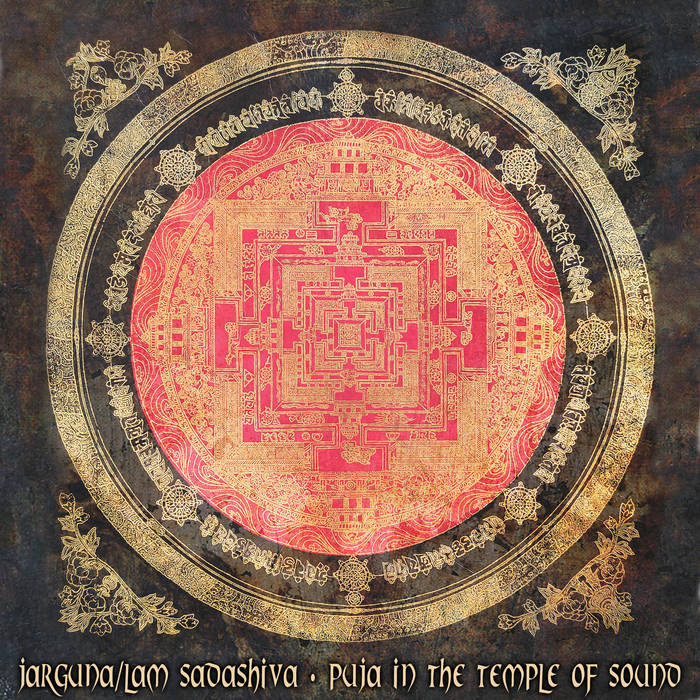 In a beautiful forest in the province of Pistoia Italy during one of my practical courses on incense production, I met LAM. A pleasant conversation with this intriguing fellow was immediately born. After a few days I introduced him to a magical place, the Luigi Tronci Foundation. Amazed by this beautiful space with its breathtaking collection of theatrical sound effect machines and musical instruments from all over the world, LAM expresses himself by saying, “This is a Temple of Sound" — in fact he is absolutely right.

A few months later we create a Puja — a sort of concert performed mainly with Tibetan gongs and bowls — allowing the people present at the foundation to meditate. Within the foundation there are not only splendid gongs but also numerous ethnic instruments especially of percussive origin. We also discovered objects made during courses and workshops such as a wind chimes made with bottle caps, nails and other objects of recycling, stones, shells, as well as glass gongs, sheet metal, ceramic xylophones, stone and hundreds of other tools.

After recording at the foundation (in which I contributed by playing a UFIP gong and a splendid frame drum with a diameter of about 120 cm), I added small synthetic textures and simple loops back at the studio. I admit this album is one of the most acoustic I have made. Subsequently we set about adding LAM’s harmonic singing and kargyraa (a type of Tuvan throat singing). Inviting vocalists Elisa Saveri and Chiara Salvatori to the studio transformed this Puja into an enchanting and engaging sound mantra with cathartic oscillations that navigate the depths of the soul with alternations of chiaroscuro, precisely to bring out hidden sides of our self. Deep.

The characteristics of this Puja -- which I wanted to capture -- are the fluctuating moments between impetuosity and rarefaction, precisely to give perhaps more value to emptiness than to excess.

Nada Yoga (harmonic sound bath). I have dedicated my life to research, and in particular to natural medicine in a broad sense, with many tools that I thought I should know and experience. With yoga I understood that everything is united, we exchange information and raise awareness. In yoga I discovered sound as an immortal being beyond the Earth and its illusory paths. Nada Yoga is the harmonic sound that I intuited to bring back to the origins before the mantra formed by words and phrases, that is to the primitive sound of the original matrix. The primordial mantra sound acts at an instinctive atavistic cerebral level with respect to the subsequent mantra. The healing power of harmonic sound as an external instrument: gong, trumpets, shells and harmonic bells and internal: harmonic song in its variations, is enormous. So much so that it is not by chance that the Chinese ideogram of medicine and sound are similar. Scientific evidence demonstrates the power of sound. The chemical variation of the vibration brings the cells back to the basic soil, raising the immune defenses, rebalancing body systems and apparatuses. The resulting well-being gives the harmonic sound an unparalleled healing power.

The encounter with jarguna is a not at all casual encounter that gives rise to this work. I am talking about a person with a potential for remarkable experiences like few I have found in my path. Knowledge that only with profound humility can we acquire and use for ourselves and for others. The tools used at the Temple of Sound in the Puja are the concretization of our appointment.

Puja Gong is a gong bath dedicated to something or a personality: a master, a deity or something else. This is the case of Yoga and Buddha as a common point of search for the path of the common Sadhana Self. All beyond specific styles of yoga and lineages of Buddhism.

Kargyraa is a vocal technique that uses the vocal and vestibular cords (false vocal cords) simultaneously, creating two connected sound sources. By narrowing the larynx, the vestibular folds can be brought together and vibrate. An undertone is produced exactly half the frequency of the fundamental produced by the vocal cords. The buccal fold completes a whole cycle of vibration, while the larynx generates a sound by vibrating. The mouth cavity can be modeled, as in the manipulation of vowels to select some harmonics, the perceived sound is a complex of different pitches simultaneously.

Marco and I are neighbors and one morning he told me about the musical project he wanted to complete. The news intrigued me all and therefore I replied that I would gladly participate. I am a singer, music therapist and music educator, and I found it very interesting to take part in Marco's (jarguna) idea, both from an educational and an emotional point of view.

An experience full of stimuli and colors combined with care. I feel grateful for the opportunity and the pleasure of singing in this project inspired by the soundscapes created by percussion and by the suggestions they can evoke.