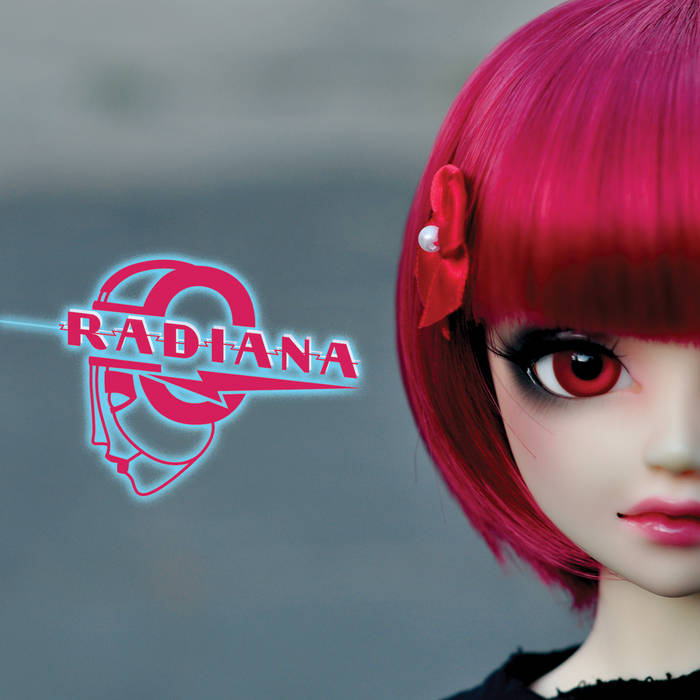 Joe Krawec This is the musical accompaniment to the notion in my head that I am still sixteen years of age; it is the soundtrack to Buffy that the TV series should have had; it makes me dance. That enough for ya? Favorite track: Magic Eye.

If you prefer, you can order the physical CD for $7 from Projekt:
www.projekt.com/store/product/pro00282/

Radiana’s music is driving power-pop that comes out of 80's Indie Rock meets 60's pop and 90’s Shoegaze. Described as the perfect mix of “dreamy, danceable, noisy and ethereal,” the swirling, layered female vocals, shimmering harmonies, lush walls of guitar, and a bass & drums sound reminiscent of Stereolab and The Cardigans. Influences include: Blur, Wendy and Bonnie, Siouxsie and the Banshees, Adam and the Ants, Kate Bush, Blondie with a touch of New Order.

Loyal fans of the Pop Punk and Goth music scene have something to be cheerful about, and not ironically. Steven Deal of Bleached Black, Chopper, and The Absolute Zeros and Lisa Stockton-Wilson, formerly Lisa Hammer of Requiem In White, Mors Syphilitica, The Venture Brothers, are collaborating for the first time in a new project called Radiana. Deal plays lead guitar and co-writes with singer Stockton-Wilson who are joined by Daniel Kohler on bass (The Naomi Star, Steven Deal Band) for this debut.

Lisa Stockton-Wilson is plucky with big eyes and bobbed red hair and sprinkles her conversations with fluty laughter. She is perhaps most well known for her portrayal of Triana Orpheus on the Cartoon Network Adult Swim cult hit The Venture Brothers. But she has also had a successful career as an independent filmmaker and singer. Lisa recalls, “Stevo and I used to loiter around town together in the 80’s but it never occurred to us to start a band, we were in other bands at the time. I put him in my early film Pus$bucket, but we never played music together. Fast forward to almost now, and after recording [two tracks for his first solo album, Radio 12 in 2009], we saw how well we worked together, and decided to form a band. This collaboration is pure magic; it’s one of the best things we’ve each ever done.”