by Black tape for a blue girl 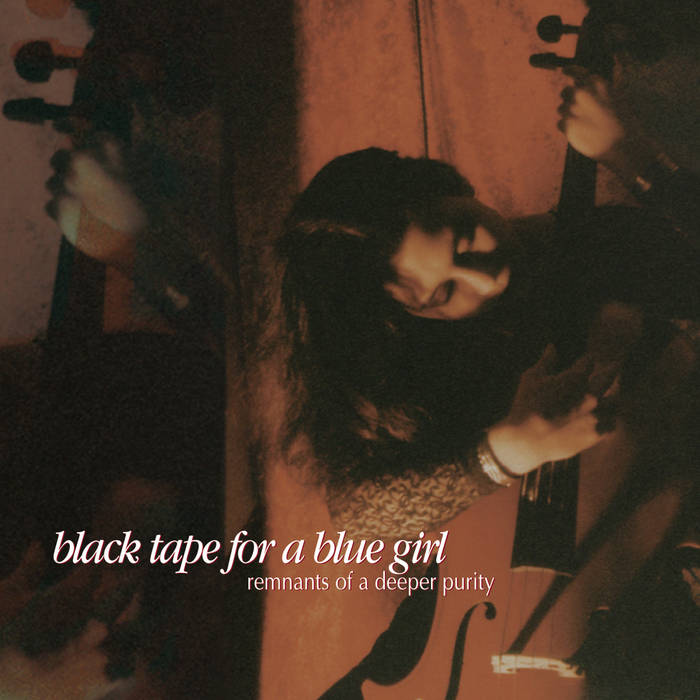 Scott There's something extra special about this album. Give it a try -- I think anyone could make a connection with the music and lyrics of these songs! Favorite track: remnants of a deeper purity.


"Like Dead Can Dance, black tape for a blue girl dramatically flirts with symphonic decay." The Philadelphia City Paper

"Black Tape for a Blue Girl is best described as the poets of the broken spirit, musically and lyrically exploring the heart of the human soul in all of its unavoidable sadness. That may sound like depressing stuff but it is far from it. The quest for the elements of love, of faith and faithfulness, and the essence of happiness as if they were concrete rather than the abstract rudiments of humankind, has been the unrequited search of all time. Given the absolute heartbreak of desire and free will, with all of its choices, most of which bode badly, it is little wonder that the great authors, painters, and composers of all time have devoted lives to the sad song of impossibility with the brush of possibility somewhere hidden. Black Tape explores these dark corners of deception, betrayal, love, hope, and rebirth perhaps more adroitly than any other band. The revisitation of Black Tape for a Blue Girl’s greatest achievement is a great cause for celebration. Works such as are found on this 2CD 10th Anniversary reissue of the classic Remnants of a Deeper Purity are priceless." -musictap.net

In 2006, black tape for a blue girl's achingly beautiful neo-classical, ethereal, darkwave classic was given a 10th anniversary re-release with a bonus disc of additional music.

Long droning deep tones overlayed by intense vocals from Oscar and Lucian as well as rich cello and violin arrangements from Vicki and Mera. The results are deeply mesmerizing and melancholy passages. The finished 77-minute album is Black tape's masterpiece: exquisite and stunning. Wrapped up in the emotions of betrayal and salvation, searching for the deeper fragments of a truer reality -- somewhere between sadness and hope -- Sam's words and harmonies weave a soft, opaque veil over a world where feeling is foremost, emotions on the surface, the heart laid bare.

Included are the ultra rare pieces, originally released on the with my sorrow maxi on Italy's Amplexus label; also featuring 3 live songs recorded at the 1996 Projektfest (the first time live tracks have appeared on a black tape for a blue girl release).

“The ethereal, romantic sounds of Remnants is their richest work so far: tapestries of melancholic, often neo-classical music manifest themselves amidst waves of Rosenthal’s lush keyboards, haunting strings and the vocals of Oscar & Lucian.” - huh magazine

“These songs are remnants of universal feelings that accompany the experience of bonding with another human being and its aftermath - perhaps this is why the group has attained a strong cult following.” - Magnet Magazine