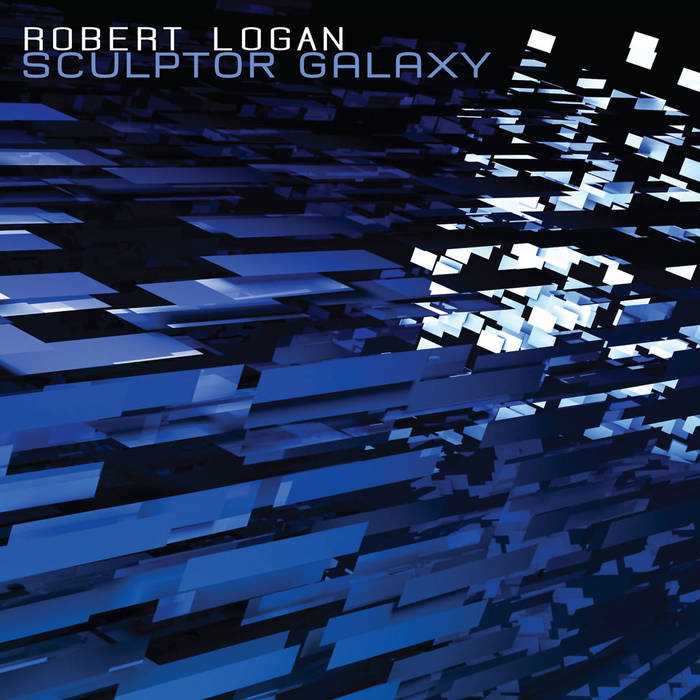 Wyndham Rain Hey, someone! Put the lid back on! The can Robert Logan opens here is not of worms, but of joyful giants footloose in some cosmic night kitchen where wild things beat on enormous pots and pans, bringing ecstacy to children everywhere. Not until The Weaver do you think the fevered ruckus will ever come to an end -- but its only a catch of breath. Later, Senescence offers a respite of sorts... (Peace, be still!) But then the gargantuan disco picks up again when Sculptor gets down with Cass. Amen! Favorite track: Metazoa.

SCULPTOR GALAXY resonates with the spirit of the albums that captured Logan’s imagination as a youngster: film music, 70s and 80s electronic, and progressive rock. The album connects with the work of early Roach, Vangelis, Kraftwerk, Tangerine Dream, and Jean Michel Jarre, sounding at times like the album Jarre would create today had he continued exploring the universe began with 1984’s fantastically unusual Zoolook.

Steve Roach brings his decades of know-how producing cohesive extended albums. After a period of long-distance collaborating and some mentorship along the way, Roach invited Logan to Arizona to assist sequencing and assembling the ten tracks into a beautifully singular continuous mix. Like a compelling work of cinema, the album’s power flows as each scene talks thematically to the next to create a vibrantly structured, vivid whole.

Vibrant electronic performances, detailed tone-sculpting, processed natural sounds (captures from Mozambique, Sri Lanka, Pakistan, Hong Kong, Hungarian village life and the UK’s shores), and unusual acoustic instruments inform a musical world of exotic majesty and boundless adventure. There is a warmth to SCULPTOR GALAXY making it a powerful exploration of themes that have infused Logan’s work: flesh and spirit, technology and nature, mind and matter, and wonder at the worlds that wait beyond the stars.

All tracks composed, produced and performed by Robert Logan

Recorded at The Shed, London and the Village Studio, Bakonycsernye, Hungary.
Field Recordings captured by Robert across Pakistan, Sri Lanka, Hong Kong, Hungary and the UK.

Final Assembly and piece sequence by Steve Roach at the Timehouse, 20th May 2017

Thanks to friends, relatives & animals for their vocal contributions