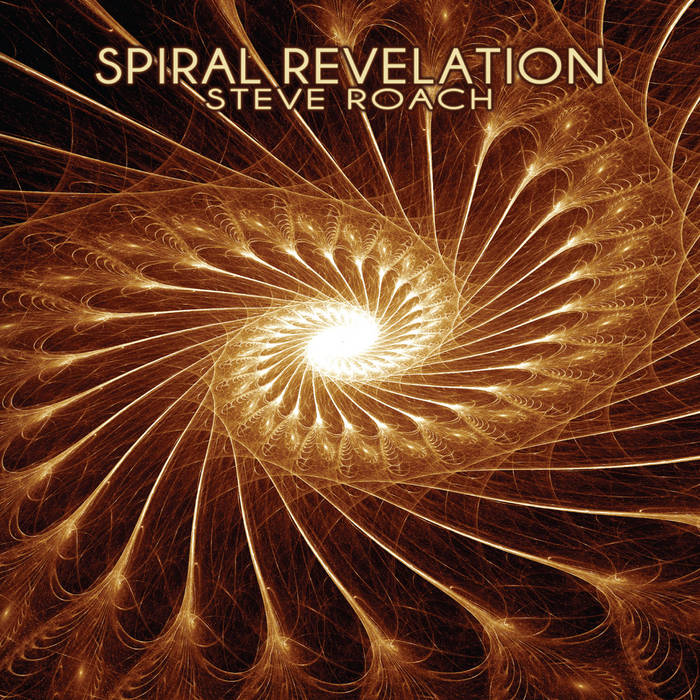 Scott Congratulations on the Grammy nomination, Steve! The rest of the world is finally getting wise to what your fans have known for many years.

Warren Daly (Invisible Agent) The synthesizer virtuoso, I love Steve's mesmerizing (signature) arpeggio. This is less "tribal" than previous albums. But a must have addition to any music lovers album. Favorite track: We Continue.

The sound of life, interconnected and unfurling
The spiral – a visual symbol of eternity – is a reoccuring metaphoric theme in Steve Roach’s pioneering electronic work. Interpreted into musical form, these six spiraling sonic experiences offer a living activation that connects with a sense of the infinite. Roach’s long history and love of analog sequencer-based styles reveal a continuing, evolving awakening within Spiral Revelation’s 63 minutes. Using only analog and hardware instruments to focus the mind’s ear upon a filigree of intricate patterns woven with a direct hands-on approach, the artist sculpts and caresses sound into being in real time. An emotional through-line brings life to these pieces as the unfurling of time’s windings connects to the vivid present, life-affirming and illuminated. A masterful expression of an artist who has infused his soul into the art form of electronic music.

The Grammy Award nominee announcement which came today is never without surprises, often in the WTF variety, but this year, the New Age Grammy’s are a trove of surprises, most notably, Steve Roach’s <B>Spiral Revelation</B>. Roach has been recording since the early 1980s, he’s approaching 200 releases, and he’s one of the first names mentioned in certain areas of electronic music. But he’s never been nominated for a Grammy award. But this year, through some quirk of coincidence, talent, artistry and persistence, he’s broken in with <B>Spiral Revelation</B>, a quintessential example of Roach’s sequencer driven oeuvre.