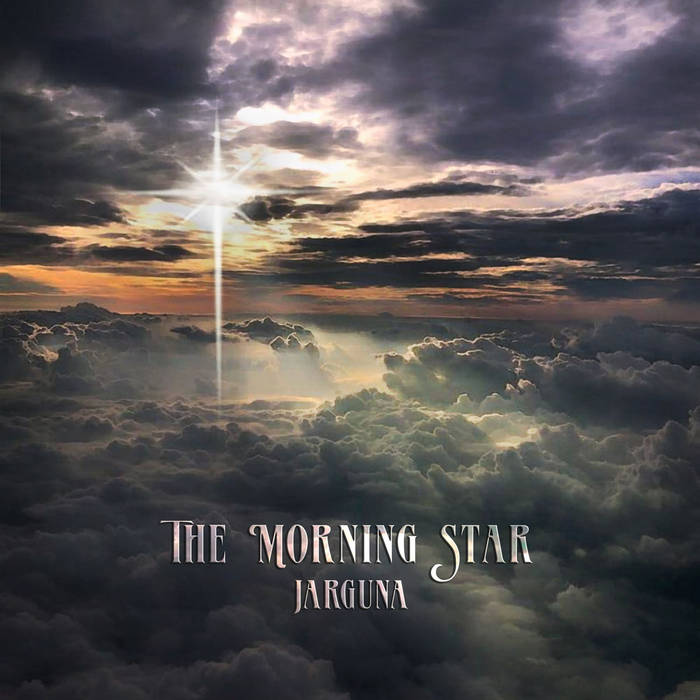 PhilPDX50 I keep marveling at how good Jarguna's music is, despite being so incredibly prolific. He reminds me of Pete Namlook in that regard. First-rate ambient music, perfectly blending tribal and space elements. Favorite track: Light of Benevolence.

The 31st album from Italy’s Jarguna is meditative and engaging ambient electronic music. The Morning Star is an introspective atmospheric paradise in the deep space of the soul. The subtle amorphous tapestries color a bright path surrounded by a hazy, moody horizon — as in space, there is darkness until the light particles hit an object. Music does not exist if there is no ear, otherwise it is only a wave that propagates in a void. And yet it just is, part of the flow of the Universe as one..

Looking at the stars I came across some thoughts and, once again, numerous stories and legends. “The morning star” refers to religious and pagan contrasts; for some it is Lucifer, precisely the bearer of light, for others it is the sign of the good omen referred to Christ, in addition to heraldic figure and a medieval weapon. In ancient Latin (pagan) culture it was the name of the planet Venus, or for others Sirius. Many now are aware of the theory of ancient astronauts, where it is thought that they arrived in antiquity from the belt of Orion and therefore the association with Sirius.

An eternal and deluded battle between good and evil has always conditioned us with these dualities, but the flow of the Universe (at least in this) is one.

This album, however, is less conflicting than others, meditates detached from the adversities of the precluded conditionings, meditation addresses more to the void than to the material part, even if for quantum physics, the void is only an appearance and within it it teems with particles and energy flows.

This is how my keyboards slide into Euclidean textures, that is, more to look for a Maximum Common Divisor, breaking down into prime factors, more to remove than to add. Everything becomes a point of view, the sound that wants to stimulate silence, the long plots to break or modify the time grid, an all electronic album.

Often the bass wants to be the conductors, overbearing, sometimes present at times far away, generating an electronic wind at hot and cold moments, like when you observe a sunrise on top of a hill and some clouds pass quickly in front of the sun, that warmth you felt a moment before disappears, and in a moment it returns.

Although if few, the rhythmic sequences represent a circular rather than linear structure, like a gear stuck on a pin.

The Morning Star is a jolt in the deep space of the soul, the electronic tapestries color a bright path but surrounded by a black horizon, since in space, there is darkness until the particles hit some object. Like music, it does not exist if there is no ear, otherwise, it is only a shock (shaken) that propagates in a “void”, which we codify as music or noise.

So, the doubt arises as to whether we have senses well tuned to perceive this Universe properly, therefore The Morning Star is like a radio tuned to one dimension, and wants to transmit to another, a bit like in the film The Frequency, here, in this case I would like to be that radio.