To touch the milky way 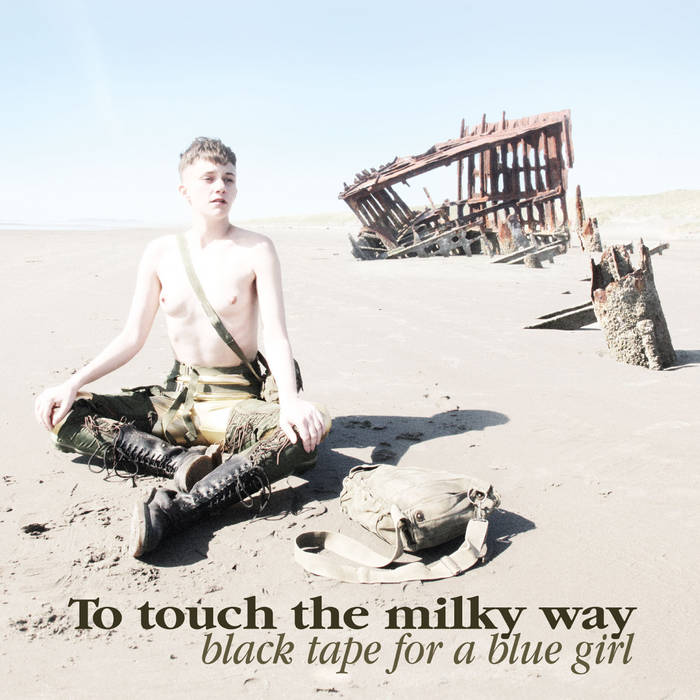 ★ Downloadable pdf with lyrics and images from the booklet: www.blacktapeforabluegirl.com/touch
★ “Reconnect with and reflect on the larger legacy of Black Tape For A Blue Girl’s emotive whirlwind.” – idieyoudie.com
★ “To Touch the Milky Way is art rock in the most orgasmic sense. Danielle Herrera has such a gothic sexuality to her performance.” – Infrared Magazine
★★★★★★ ★★★★★★ ★★★★★★ ★★★★★★ ★★★★★★

“…striving to take hold of the life they have left unlived”

As the premier artist on the Projekt record label he founded in the early 80s, Rosenthal has been a tireless creator of new sounds. Moving from Los Angeles to Chicago to Brooklyn over the years, Rosenthal recently settled into Portland, Oregon where he’s written and released more music in the last 4 years than in the prior 15.

This creative energy led to an album encompassing powerful personal and transpersonal themes. There’s a yearning for connection to a truer understanding of self and our potential — letting go of façade and fears, obstacles which hold us back. The lyrics emerge from the depths of the psyche addressing a desire to feel truly alive by overcoming self-imposed boundaries. They are first-person narratives at the edge where something has to give, something has to change, as the characters strive to take hold of the life they have left unlived. “I close my eyes and watch the galaxy turning” and the title track explore a consciousness-expanding understanding of the cyclical nature of existence mixed with a hunger for something eternal beyond this reality.

Closing on a sorrowful but moving note, the arpeggiated piano of the title track slows to a crawl as we drift upon the alien landscape of the startling cover imagery. To touch the milky way is a goal that might remain beyond reach; however by interpreting Sam’s lyrical suggestions, we’re encouraged to reach for it nevertheless, grasping for all that might be attainable during our brief time under the existential glow of a fading sun.