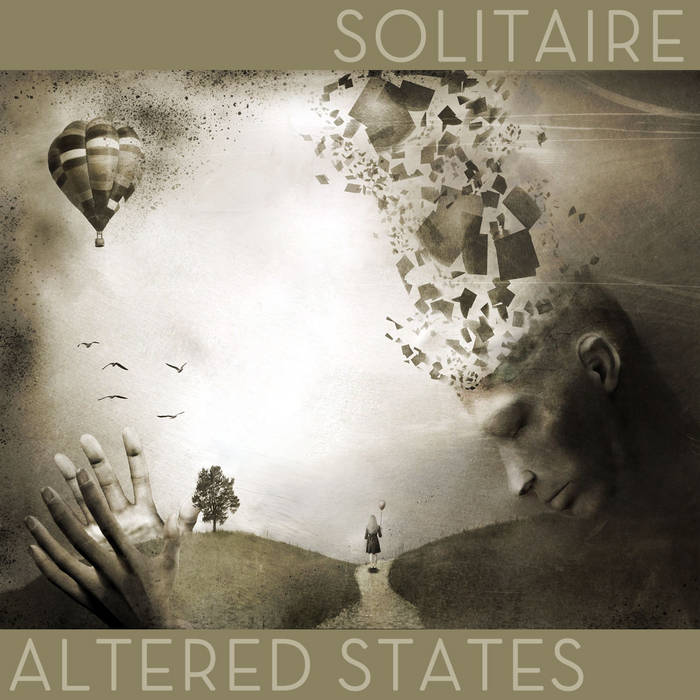 To celebrate the release of ALTERED STATES, the Roach / Schulte collaboration RITUAL GROUND is now available on Bandcamp:
projektrecords.bandcamp.com/album/solitaire-ritual-ground

Altered States was the 1990 debut CD-release from SOLITAIRE. Founded by the duo Elmar Schulte and Rüdiger Gleisberg in 1989, they performed their first concert in Berlin, two days after the fall of the wall. Several CD productions followed Altered States including Ritual Ground (Elmar Schulte and Steve Roach), Fearless and Nocturnes (Elmar Schulte and Rüdiger Gleisberg). Solitaire created their own style somewhere between electronic, ambient and psychedelic. Solitaire’s music has been used in Hollywood films such as “Heat” and “Blade”.

The debut Altered States exceeds all expectations which can be put upon a collaboration. For Elmar Schulte, the organizational head of Solitaire, Gleisberg is the ideal catalyst; Schulte’s ideas on his last release were still much influenced by the “Berlin School,” but with Gleisberg’s participation, he comes out of the shadow of Tangerine Dream. The intro of “Heart of the Desert” is reminiscent of the Nosferatu music of Florian Fricke and rapidly develops into a symphony of electronic sounds, with many layers superimposed, out of which the climax turns on an independent melody pattern. Likewise in the other six pieces Schulte and Gleisberg confidently handle proven templates, whether as in the title track massive sound kicks à la Klaus Schulze or the seven-minute “Indelibility” oriental vocal samples and minimal melodic patterns – references to the early films of John Carpenter? The affinity of Solitaire for cinematic sounds certainly seems to be no coincidence…

Composed & performed by Elmar Schulte & Rüdiger Gleisberg
Recorded in May 1990 at the SOLITAIRE-Studio
by Karl Godejohann & Elmar Schulte
Cover: “Where is my dream?” by Tomoki Hayasaka
Thanks to: Matthias Reznik & Martin Veit