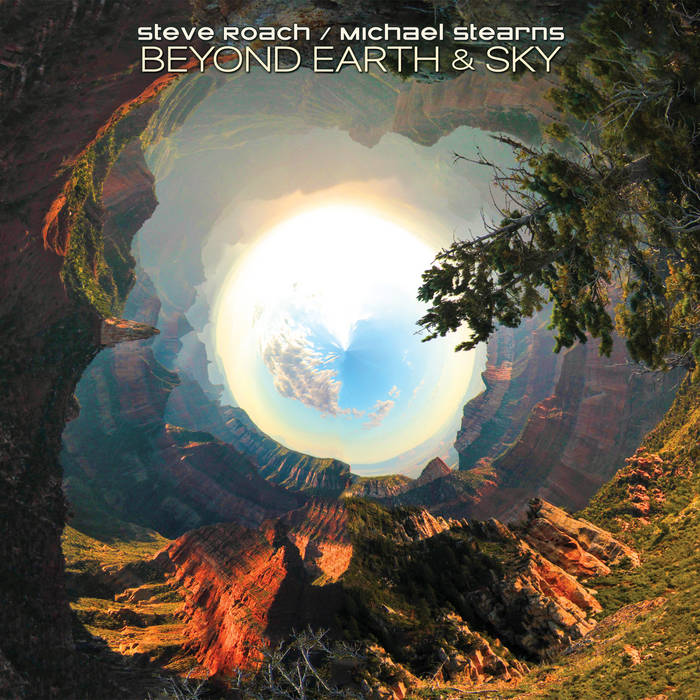 Andrew Z This album went straight to the top of my all time preferences. The collaboration, no, the symbiosis, between the top two masters of the genre is something that you do not see every day, and in this case resulted in something that is way beyond anything I heard up to now. Favorite track: Parable of Understanding.

DJ_Tim_Tee This is a fantastic collaboration between two brilliant artists in this genre!

Gabriel Rojo Takes a few listens to appreciate just how deep this music is. Almost a genre on its own - geological ambient. Takes you to the depths of the natural world and back.

Backroads66 This is right up there with Western Spaces and Desert Solitaire...destined to be another timeless classic.

Twenty-six years after their noted collaboration KIVA (1995), American electronic music originators Steve Roach and Michael Stearns’ orbits return to a point on the horizon between and beyond worlds. Their mastery of tactile sonic environments meld into boundary-defying music creating a language of transcending and transformative experiences. These seven captivating tracks are born from a devotion to the power of sound. Within realms of elemental, primordial, celestial and deep emotion, the enveloping influence is found within the natural world of forests, deserts, canyons, mountains and the beyond.

“Checking in deeply after decades apart,” Steve reflects, “Michael and I found we both chose to live in places away from cities, close to the natural world. The ongoing influence of the environment we live in gives us another level of going past the day to day. Out my window, I look seventy-five miles to the horizon, horizon is home. We’re both at home in our element, present in one’s self while focused on something far in the distance, moving towards it, pulling us out there.”

The inventory of instruments utilized on this release includes The Beam (a 12-foot bass instrument with 22 strings), an extensive array of analog and digital synthesizers, vintage and current analog modular sequencers, the 6-foot didgeridoo, guitars, and more.

Meeting in Los Angeles in the late 70s, Steve and Michael lived a few blocks from each other in neighborhoods separated by Venice Blvd. They collaborated in those early days — ripe formative years of the developing American electronic music scene. As their individual lives and careers unfolded, Michael became a successful film composer, known for passionate soundtrack work on director Ron Fricke’s Chronos, Baraka and Samsara, while Steve went on to create many pioneering electronic/ambient classics including Structures from Silence, Quiet Music and Dreamtime Return and now has a discography of well over 150 albums.

The two artists reconnected at Steve’s performance in Santa Fe in 2019 where Michael participated on The Beam. Afterwards they spent several days together laying down basic tracks that evolved over the next two years into this collaboration.

From the moment we enter into the realm of Earth & Sky to the moment we depart it, the space beyond calls to us, guiding the unfolding of our lives. Through music we hear that call, transcending the day to day and ordinary states of awareness, Beyond Earth and Sky.

Steve Roach is an American pioneer in the evolution of ambient/electronic music, helping shape it into what it is today. Grammy nominated in 2018 and 2019 consecutively, his career spans over 4 decades drawing from a vast, unique and deeply personal authenticity. His albums are fueled by the momentum of a lifetime dedicated to the soundcurrent. Driven by a passion and unbroken focus, the emotive, soul-stirring depth of his recorded music — along with with countless concerts — Roach inspires audiences worldwide. His massive catalog of landmark recordings includes Structures from Silence, Dreamtime Return and Mystic Chords and Sacred Spaces.