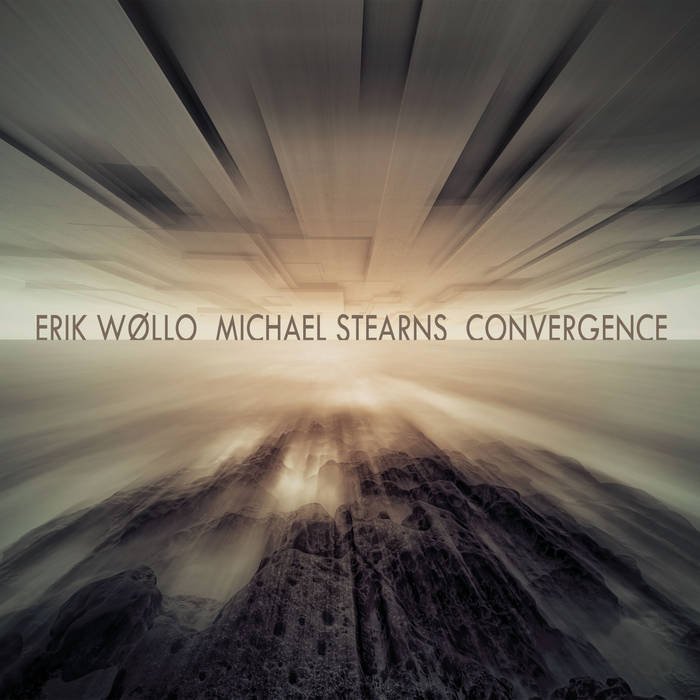 Swampyre McCobb There's something aquatic and danceable about this one and it sets up the rest of the album wonderfully. Favorite track: Triptyk.

Paul Asbury Seaman When two great artists come together, both seminal figures in the space music genre, it’s pointless trying to measure the results against their previous output, except to note that collaboration often proves more than the sum of its parts. (See the Beatles and countless jazz albums.) Wollo is the dominant influence here, with a return to his classic sound from “Wind Journey,” etc., with Stearns lending atmospheres that recall the soundtrack to “Baraka.” Favorite track: The Nomad’s Journey.

Nimrod Scott This is a gorgeous collaboration between two well known musicians who create space music. This is a match made in space/heaven! Delicious melodies flow like rivers through meadows engendering relaxed awareness in the listener. The perfect music for any relaxed and creative environment.

Berkdrums A perfect match between two ambient-maestro’s in every sense of the word.. a collaboration I couldn’t think of myself, but man, this leaves me hungry for more! Both musicians don’t show off, or use every trick in the book.. They conplimemt eachother immensely.. A stunning, peaceful and very relaxed masterpiece is the result. For me this could easily be a boxset and it still would leave me hungry for more! One of my favorite albums of the most unusual year I ever experienced..

Echoes Radio September CD of the Month!
“A new Michael Stearns album is a rare treat, but teaming up with Norwegian guitarist Erik Wøllo is a move that was unexpected but makes exhilarating sense. Stearns crafts ambient landscapes for Wøllo to stretch out on his skyscraping, icily poetic guitar solos. I never pick a CD of the Month so far in advance, but who is going to release something better?” – John Diliberto, Echoes

CONVERGENCE ranges from slowly-evolving contemplative and reflective tracks like “Somewhere in the distance” and “Subterranean Canyon” to hypnotically pulsing rhythmic movements in “The Nomad’s Journey” or the “The Herald.” The album is a subtle interplay between these two pioneering artists’ mystical and emotional sonic styles, developing an inner resonance of expressive reveries that venture into dark mystical terrain as the album progresses.

Erik says, “It became obvious when working with Michael that the music would reflect a very visionary and vast landscape. During the album sessions, I had a dream about the music and about an expedition into a totally unexplored endless, surrealistic desert-like territory. I travelled into an abstract zone I could imagine had never seen people before, yet there were still some traces of human civilizations. In it, the beauty of the present met the imagination of the past. There were dark and dangerous places too. Inspired by this dream, we named some of the album tracks for these visions. And it ended well; the last piece on the album is calm and melodic, reflecting memories of the travelogue that yields new, positive and open doorways.”

In 2018, Wøllo and Stearns performed solo headline sets at the B-Wave Electronic Music Festival in Belgium. At dinner the night after their momentous performances, conversation got around to merging their talents and working on new music — CONVERGENCE was born. Over a year in the making, Michael worked in his studio in Santa Fe, New Mexico, and Erik in his studios in Hvaler, Norway. The album is a perfect blending of technology, music and emotion utilizing sophisticated electronics, acoustic and original instruments like the Kantele from Finland and Michael’s self-built string instrument “The Beam.”

Michael reflects, “The seeds of this collaboration were planted while I watched and listened to Erik’s performance at B-Wave. His set was an incredible blend of synthesis and live guitar. I was moved and thought, ‘Wow, it would be fantastic for us to create music together!’ I had collaborated with other artists before — Lisa Gerard, Steve Roach — but this was my first opportunity to blend with another guitar player (!) and an amazing synthesist too. After the festival, we sent each other photos from our teenage years as guitarists performing in bands. Amazingly we had begun our musical explorations at the same age in the same way. We began CONVERGENCE in the spring of 2019 with Erik sending a series of sketches, some rhythmic, others melodic. I worked with them using guitar, synthesizers and my scoring libraries. At some point, I sent Erik several sketches that were very atmospheric in nature. We shared audio files back and forth between Norway and New Mexico, and we would Skype to talk face-to-face about our ideas and progress. It was a great way to work, very different from scoring a film, where the collaboration follows the vision of a director and there are endless re-writes. Working with Erik felt more authentically creative, our musical personalities naturally finding a common creative ground like ‘Musical birds of a feather’.”

CONVERGENCE develops an inner resonance that is visceral, the masterful blend of these two pioneering artists’ mystical and emotional sonic styles.

Erik Wøllo is a Norwegian composer and musician known for spacious, evocative ambient music primarily using atmospheric guitars and synthesizers. He has composed numerous works for contemporary classical ensembles as well as pieces for ballet, theater, multimedia installations, and library music. Coming from a background of jazz and progressive rock, Wøllo began making music in 1980 but really found his own style with his 1985 solo full-length TRACES. Since then he has released over 50 albums including collaborations with other noted ambient artists such as Steve Roach, Ian Boddy, and percussionist Byron Metcalf.