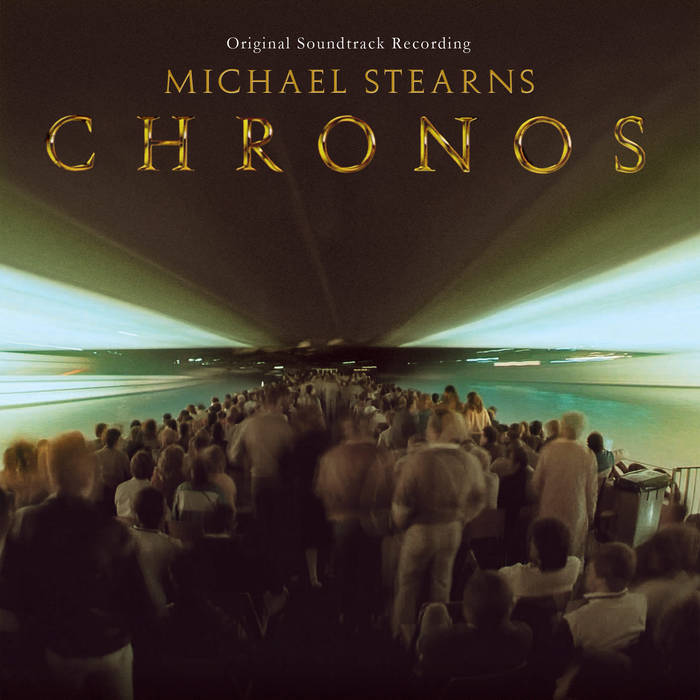 CHRONOS — 2022 Remaster, Original X​-​86 Ambisonics Mix
projektrecords.bandcamp.com/album/chronos-2022-remaster-original-x-86-ambisonics-mix This is the remaster of the mix used for the CD and LP at the time of the film's release, and Michael’s favorite of Projekt's two re-releases.

Chronos — 2022 Remaster, Film Printmaster Stereo Fold-down)
The version on this page is for collectors: Michael's 2012 stereo fold-down from the film's 6 channel print master.

In Greek mythology “Chronos” is the personification of time. On composer and electronic musical visionary Michael Stearns’ 1985 album, CHRONOS serves as the tempo of a cascade of celestial movements, terrestrial sonic luminance, and morphic electronic harmonies.

Composed as the soundtrack for the IMAX film by cinematographer Ron Fricke (previously of Koyaanisqatsi), these 8 tracks combine to form a continuous 43-minute pandimensional experience, a sensual sound voyage with stops throughout the ancient and modern worlds.

Scored as the film was shot, Stearns’ CHRONOS leads us through earthbound and aerial spaces, the long plains, the cosmos, the big cities and the tracing of the spiritual and corporeal lights which inform each movement. The symphonic and majestic main theme in “Corridors of Time” hints at vast spaces and soulful longing flowing with cosmic poetry. The track reaches a powerful crescendo resolving in ghostly atmospheres, driving escalator steps and whispered voices. It returns half an hour later weaving into the themes of the swelling incandescent tapestry of the final two movements.

Working seamlessly with director-cinematographer Ron Fricke, composer Michael Stearns embraced the roles of soundtrack producer, music supervisor, sound editor, and sound effects producer — effectively creating the sonic and emotional context for every scene in CHRONOS. This rare unity of music, sound, and image elevated the film from an unusual documentary to a classic work of art.

In the tumultuous years since the 1985 release of CHRONOS, it’s been easy to forget how innovative this film was. Its subject matter, motion-controlled time-lapse visuals, and powerful wordless soundtrack all broke new ground — redefining what was possible in the immersive / giant screen / surround sound format.
════════════ ╰☆╮════════════
Synth & Sequences:

CHRONOS — 2022 Remaster, Original X​-​86 Ambisonics Mix
projektrecords.bandcamp.com/album/chronos-2022-remaster-original-x-86-ambisonics-mix This is the remaster of the mix used for the CD and LP at the time of the film's release, and Michael’s favorite of Projekt's two re-releases.