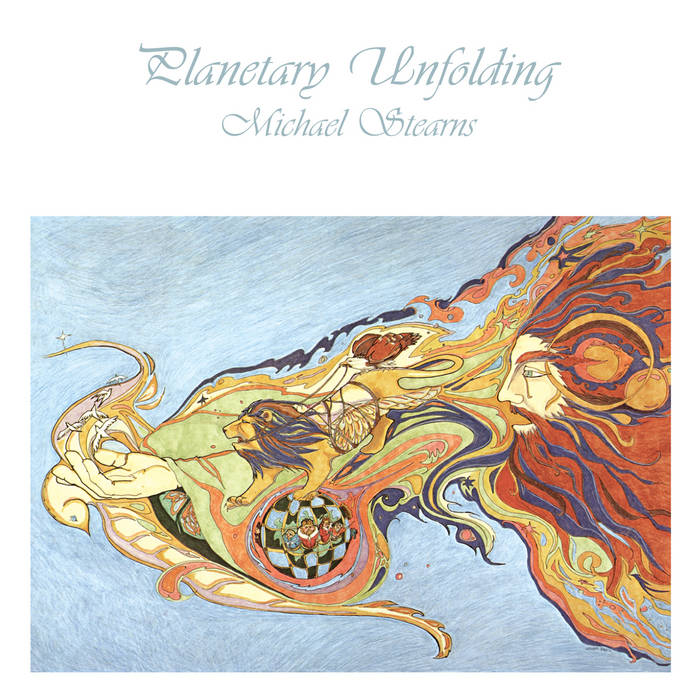 Indra Perkasa i'm glad i found this album. such a masterpiece! Favorite track: “Wherever two or more are gathered…”.

Portis 1981?! I've always been awestruck that these sounds and vision were released in 1981. So forward thinking. An impactful imaginative awe-inspiring journey.
To still have this hold up today as a pinnacle space ambient release is quite amazing. 1981!

Petship Has the critical commonplace that older music 'sounds as though it was recorded yesterday' ever been more appropriate than in describing this majestic, timeless album? Favorite track: As the Earth Kissed the Moon.
more...

Re-mastered in the Fall of 2021 by Bob Olhsson

His essential masterpiece tells the story of the cosmos not with words but with mighty, emotional sonics. The pieces have aged gracefully, as powerful today as 41 years ago. From our subatomic origins to our intergalactic destiny, the universe is made of sound held together through resonance where atoms, cells, oceans, plants, animals and humans are all part of a complex orchestration.

PLANETARY UNFOLDING exhibits both a compositional immediacy and a studied grasp of synthesizer mechanics. Stearns is one of the first Americans to tune his synthesizers to the "key of space," adding a Californian earth-sensitivity to the mix.

“In the Beginning” births the album within primordial ambience that brightens with a blossoming mix of electronic space rock and cinematic swells. The serene and graceful "As the Earth Kissed the Moon" opens with the song of a mockingbird, the first song of spring, and in musical waves leads us to a point in the celestial firmament. It builds rhythmically as if representing the orbits of planets with choreographed movements in a star-flung ballet.

Stearns reflects in the 1981 liner notes, “I imagined myself shot out of the Earth’s resonance. We were Earth sensors sent out to bounce off of other sound masses so that our planet could feel its place in the cosmic scheme of things. It was a feeling of utter ecstasy as we danced together through the universe. It wasn’t a dance through space but more like the movement of a melody with rhythms, tensions, and releases. This was space travel unlike anything I had imagined.”

“Michael Stearns’ PLANETARY UNFOLDING defines the word breathtaking. He doesn’t just take you somewhere, he makes you hear music differently, taking you deep into the vibration of sound. PLANETARY UNFOLDING transforms the space of your listening and your mind. It’s a monumental work of ambient music.” — John Diliberto (((Echoes)))

An absolute must-have album loved and long sought-after by fans of the finest electronic music has to offer.

Michael Stearns is a multi-genre composer, sound designer, and soundtrack producer. His credits include music for television, feature films, planetariums, twenty-two IMAX films and seventeen solo albums. As one of the pioneers of American electronic music from his earliest self-released cassette in 1977 up through his 2021 BEYOND EARTH & SKY collaboration with Steve Roach, Stearns creates engaging textures melding with soaring melodies. He has created music for NASA, Laserium, Disney Films, HBO, 20/20 and the Berkshire Ballet. His award-winning scores for Ron Fricke’s non-verbal global film masterpieces Chronos, Sacred Site, Baraka and Samsara have been heard by audiences around the world. Stearns creates at his The Guest House studio in Santa Fe, New Mexico.

Music composed and performed by Michael Stearns
All material recorded live at Continuum Studio, L.A.
Synthesizers by Serge Modular, San Francisco
Re-mastered in the Fall of 2021 by Bob Olhsson