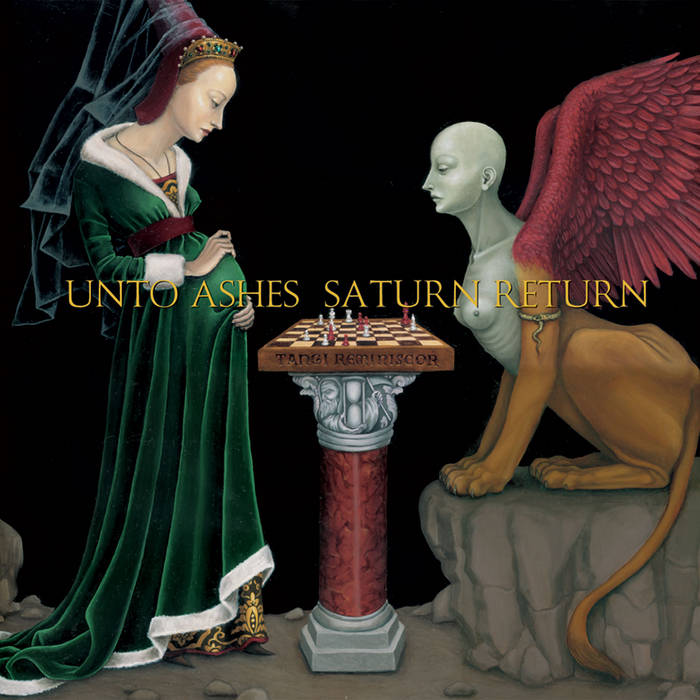 bloodphoenix7 This album is the perfect curtain to block out the light of normal reality and enter the realms of painted kingdoms and Renaissance lords and Ladies. This album was the greatest treasure among a sea of mediocrity.. I love it ❤

“The perfect soundtrack for the black-clad lifestyle with dirge-like, medieval sounds and dark lyrics.” – The New York Times

Like alchemists of a distant past, Unto Ashes effortlessly meld foreboding apocalyptic folk, the warmth of early instruments, the coldness of the electronic age, and the power of the occult. Sensitive and bewitching male and female vocals shine against a hypnotic, unsettling atmosphere of early and arcane instruments. Saturn Return is driven by medieval themes and textures coupled with a sense of mystery and enchantment; a perfect continuation of the melancholic, elegant doom which first captivated listeners on their 2000 debut, Moon Oppose Moon.

Unto Ashes blend ancient texts and original lyrics with startling ingenuity. The album’s opening track, “Morte o Merce,” weaves an Italian Renaissance sonnet by Francesco Petrarch into a hypnotic Persian dance. From “A Hymn to Pan” (words by Aleister Crowley) and an exotic cover of Coil’s “Ostia” — appearing with the enthusiastic blessings of Coil themselves — to the beauty and cruelty of “They Killed Three Little Maids” and the sinuous, club-friendly “Serve Me,” Unto Ashes weave an eclectic and compelling tapestry: sublimely beautiful, powerful, intelligent, and occasionally disturbing.

It is almost frightening how much Unto Ashes have developed since their impressive and awe-inspiring debut Moon Oppose Moon. Frightening, in that an album like their debut could rarely be topped… but simply put, Saturn Return transcends music. – StarVox.net