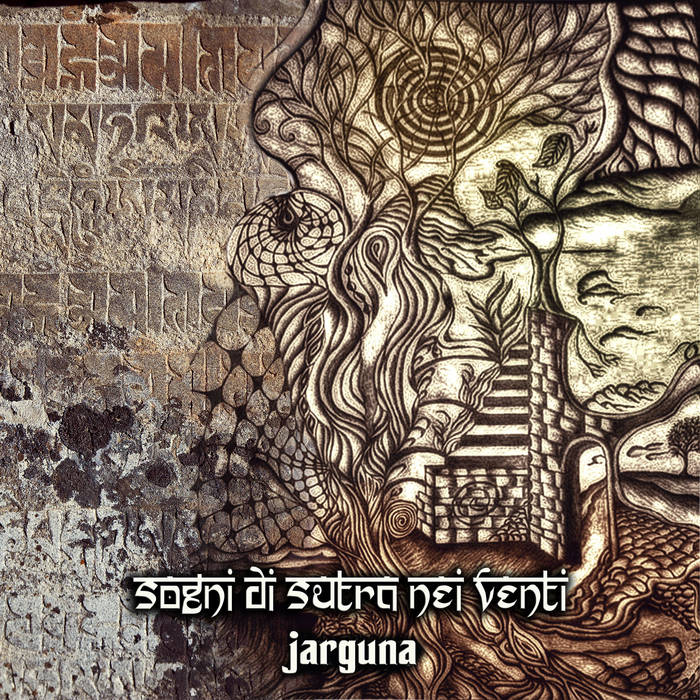 Imagine being on top of a hill or an open savannah, nothing around you, but the wind drags with him sound generated miles away, energy carrying other energy.

It is a project that I conceived very quickly and generated like the impetus of the wind, which with it carries poems and stories of other places. The concept of this album is locked in the wind and in the space, muffled sounds, harmonies swirling between repeating nines and echoes sneering.

Phrases of simple instruments sometimes of natural origin such as water drops, streams and thunderstorms, others like Tibetan bells, rattles, flutes, horns, voices, try to get carried away by the wandering of the wind that drags impalpable energy just like its own nature, enriching the original sound of mysterious harmonics.

In fact, all the reproduction of the songs is performed with very little traces, enriching exasperatedly with reverb and some frequencies that alter the fundamental harmonics, thus generating a constant border like an Indian Tampura.

This is the idea, to perceive something so distant from the sound source.

It is said that dreaming of sutras or mantra helps healing and awareness of it, just as it happened with my alias, jarguna, that is, I perceived a repetitive sound like a mantra that I transmitted as a jargon on awakening.

Good wind at all!