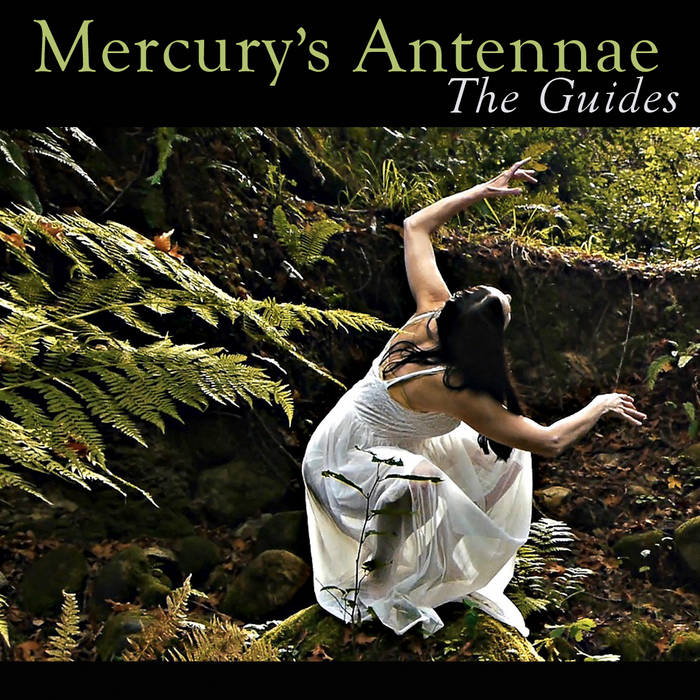 Get their debut at name-your-price, today only
projektrecords.bandcamp.com/album/a-waking-ghost-inside

A year after releasing the full-length debut A Waking Ghost Inside [ projektrecords.bandcamp.com/album/a-waking-ghost-inside ], Mercury’s Antennae returns with the 5-track The Guides (EP). Erick Scheid’s celestial electronics and soaring, swirling processed guitars blend perfectly with Dru Allen’s captivating plaintive voice on tracks that explore the themes of longing and spiritual connection and find the duo stretching out to delve into a dreamy, acoustic atmospheric sound.

“Ever the siren, Allen’s evocative vocals are wrapped in the lush, Tangerine Dream-evoking instrumentation of Scheid, drawing listeners like sailors to the rocks – only instead of being dashed against them one feels soothingly entranced and healed.” – Santa Barbara Independent

Neoromantic and heartfelt, the 30-minute EP originated from mobile-recorded live takes created in Portland, Seattle, and San Francisco during Mercury’s Antennae’s spring and summer 2014 tours. Inspired by the long drives past golden hills and multi-hued green forests, Scheid and Allen discussed showing the group’s more earthy side. This is exemplified by the stripped-down version of the shoegaze dream pop song “Agalia,” recorded with just guitar and voice in one take live in the studio. In this way The Guides (EP) captures a vulnerable quality in the music while remaining true to the band’s unique otherworldly style.

The track “The Guides” from A Waking Ghost Inside provided the initial framework of the EP. Says Scheid, “In its writing stage ‘The Guides’ was meant as an ethno-ambient piece but became the first acoustic song we completed together. In order to offer this in our live set during our first West Coast tour, we brought back the deeper electronic feel of the song.”

“The Guides v.2” is also the first video from Mercury’s Antennae and was released on YouTube the week leading up to the EP.
In addition to receiving its own remake, “The Guides” also inspired the extended remix and closer, “They Are With Us.” This deep psybient piece filled with slow morphing drones introduces the talents of Luku NetherThot, whose Tuvan-inspired throat singing gives the piece its spiritual and ritualistic feel.

The new release also includes Mercury’s Antennae’s first cover, a recording of David Bowie’s “Letter to Hermione.” For this bittersweet acoustic ballad, all the more precious for its obscurity, the duo offers an intense emotional interpretation that extends the ending with veils of multi-layered guitar work.

Fans of Allen’s other projects Mirabilis and This Ascension, 90s-era Projekt favorites Love Spirals Downwards and Lycia, and the haunting, organic and timeless sound of Cocteau Twins will find solace in the subtly textured, mystic dream-pop created by Mercury’s Antennae.