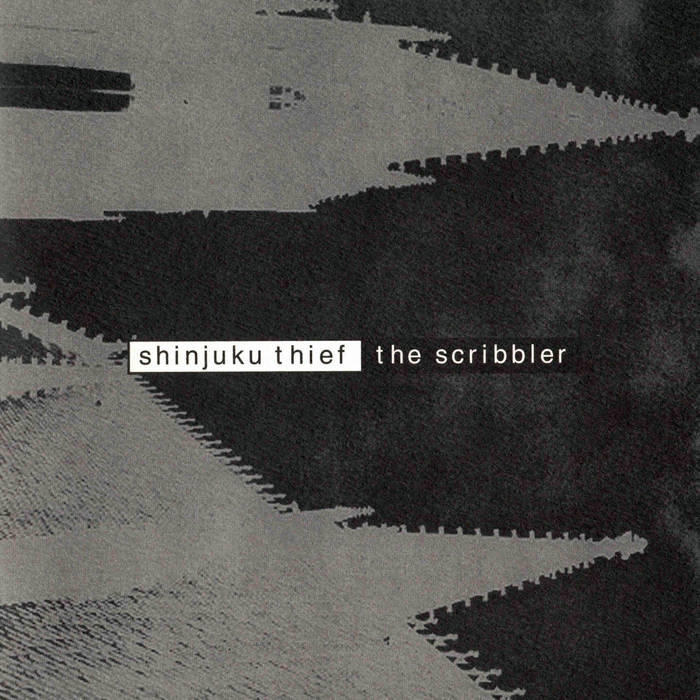 rikm A continued narrative flows through "The Scribbler", shaped by the music and inspiring a feeling of setting and location within the listener, formed through melodic and natural elements rather than through the creation of an ambient space.

Their 1992 2nd album of dense filmic atmospheres and orchestral instrumentation. Occasional bursts of factory noise, industrial rumblings and disembodied german voices form the backdrop to a minimalist reworking of Kafka's "The Trial." Right from the opening orchestral bombast the lush and filmic score of The Scribbler captures the essence of Kafka's Prague. Verhagen has noted that composers such as Michael Nyman and Philip Glass influenced the orchestral minimalist style of The Scribbler.

Music From the Empty Quarter, UK:
"Possesses the power & imagination lacking in many official soundtracks. Move over Elfman & Kamen."

Audioview, Belgium:
"Blunt musical structures with a breathtaking impact on your soul."


AllMusic Review by Cosmo Lee:
In 1992, experimental music project Shinjuku Thief released The Scribbler, a piece commissioned for an Australian arts festival. The album was a "soundtrack" to Franz Kafka's book The Trial, and was performed with accompanying visuals. … (It) is a revelation; that such mastery lay ignored for so long is criminal, so to speak. By and large, the ingredients are orchestral, though they could be electronically sourced. Industrial touches pepper the album and give it depth. At the outset, strings sketch out minor key themes that return throughout in various shapes; doomy church organ adds menace. Although this album is a soundtrack, it works marvelously by itself. Like the book, it grows progressively more labyrinthine. Textures vary from the barroom piano of "Lanz" to the symphonic density of "Advocate." "Titorelli" has unnervingly anxious, sawing strings. The material is tonal, geometric, and repetitive à la Steve Reich. Yet the soundscape continually shifts, perhaps echoing Josef K's search for a reason behind his tribulations and ultimately his existence. In fact, given the posthumous assembly of the book and its unfinished original state, this album is probably more coherent. It lets in more light than its inspiration, but that only makes its darkness darker.


Compulsion online:
Originally issued in 1992 The Scribbler was initially commissioned by the Australian Lygon Arts Festival for their production of 'K', where the music would accompany a series of images of Franz Kafka's Prague. As the sleeve notes detail, a full orchestral rendition was planned but cancelled due to loss of funding. Still it allowed the composers, Darrin Verhagen and Francois Tetaz, the opportunity to rework the sounds and structure. The original edition was issued on their own Dorobo label in a small edition of 500 copies, following their debut release Bloody Tourist, a sojourn into fourth world musics which was issued on the respected Australian label Extreme.

The Scribbler is based around Franz Kafka's novel The Trial. It's an impressive piece of dark orchestral music that straight from the opening track, The Assessor', merges industrial elements and street sounds with piano, organ, oboe and strings. Right from the opening orchestral bombast the lush and filmic score of The Scribbler captures the essence of Kafka's Prague. Verhagen has noted that composers such as Michael Nyman and Philip Glass influenced the orchestral minimalist style of The Scribbler. That in itself explains the repetitious, piano based arrangements that account for much of The Scribbler. But the entire thing is shot through with factory sounds and dialogue from the text. Like the industrial elements, the passages from the novel that are delivered in German are interwoven into the music never assuming centre stage. The orchestration is extremely impressive, with soft string interludes and passages of woodwind and strings accentuating an already tense atmosphere.

At points The Scribbler slips in other compositions to the soundtrack. This is best illustrated by 'Threats and Violence', which attains a beautiful European waltz type feel. At other times the sound is more ominous as on 'A Promise and a Lecture' which features mordant oboe playing above disembodied voices, merging with some sinister sounds. 'An Awful Autumn' and 'Degrees of Acquittal are more reminiscent of Michael Nyman's work but it's infused with heightened dramatics, where stabbing synths accompany the light oboe melody. Apart from the dialogue its largely an instrumental release but towards the close ethereal singing merges with church organ on 'The Parable', before a frantic flurry of strings brings the music back to familiar territory. The final piece of orchestral synth-pop which thankfully appears after two minutes of silence seems almost out of place.

After The Scribbler, Darrin Verhagen, now acting solely as Shinjuku Thief, went on to compose The Witch trilogy. Today he is now a composer for dance and theatre performance, and continues to release music as a solo artist and as Shinjuku Thief. I would suggest that The Scribbler is largely a classical release but its subject matter and use of industrial elements (makes it worthy of re-release).