A Line That Connects 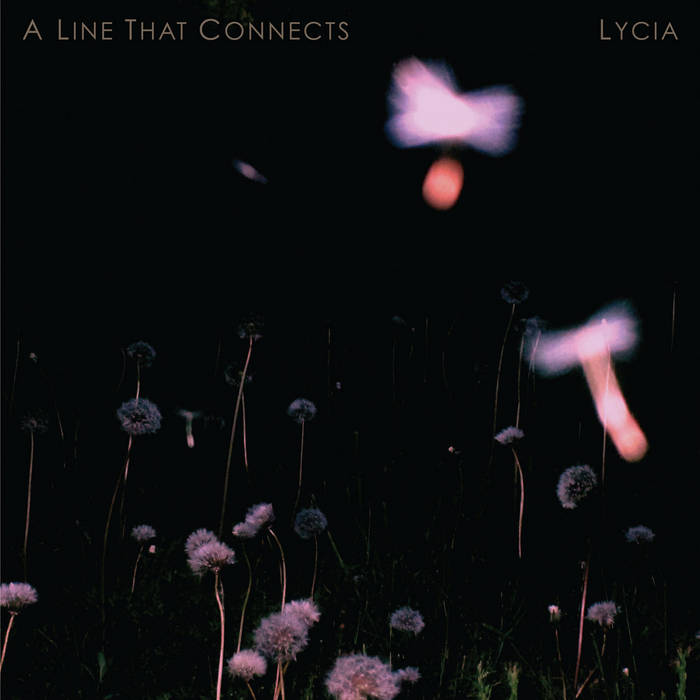 zionengine This *narrowly* beat out "The Burning Circle and then Dust" for my favorite Lycia album. Having David Galas in the mix definitely helps. Favorite track: Silver Leaf.

Jack music Life A great dark line. Until the light shines. Go and get your foot under. The Rain. Favorite track: The Rain.

Matt Great for walking on highways at night.
You see the lights and then you turn a corner.... lights fade away. Favorite track: Monday Is Here.

For European orders, we highly recommend you order from the Projekt European Webstore, based in Germany. Shipping is much less expensive, and there’s a high probability you will not get charged import taxes / customs by your government. deejaydead.de/en/projekt/lycia


Lycia’s A Line That Connects returns on CD (and for the first time on 2LP) on Projekt Records. Originally released in the summer of 2015 on Handmade Birds, ALTC’s first pressing of 500 CDs quickly sold out. Haunting, bleak, moody and atmospheric, their 10th album is a heavy record with shifting sonics and a full-band sound thanks to a return to the classic mid-90s Lycia lineup of Mike VanPortfleet, David Galas, and Tara Vanflower. Building on the momentum of 2013’s Quiet Moments, it’s a contemporary sounding release that harkens back to their 90s darkwave roots. Lycia’s mix of post-punk bleakness and doomy darkness is an engaging, fascinating listen.

There’s a heavier feel here, a slow burn that threatens to explode from sheer intensity and passion; if you’re wondering just how it’s able to be menacing but also meditative, you’re not alone. The album flows through drone, dark-pop, and post-punk, with liquid guitar dripping, gloomy fog casting its spell, and hypnotic vocals spinning inside your head.

Mike reflects, “Time, space, and nature have been constant themes for Lycia over the years. With A Line That Connects, for my lyrical contributions I focused on lines and connections as the title suggests. There are connections between parents and children which I explore over several songs—between my mom and I, and between my son and I. There are lines that connect then and now. For example, the song, ‘A Ghost Ascends,’ was originally written back in 1983, and for this album it’s being revisited. The song’s original vocalist and lyricist, Michael Irwin, appears on this reworking providing backing vocals. Then there is a series of abstract connections that I explore, mostly to times and places from my childhood.”

POP MATTERS: “Lycia’s influence, and the respect it’s afforded, has been far more profound than any record sales figures would suggest. While VanPortfleet might have felt his band was under-appreciated, you only need look to the resurrection of deathrock, the rise of witchy and hauntological electronica, shoegazing metal, eerily psychedelic Americana, or the rejuvenation of dark ambient music to see that Lycia’s legacy inspired a raft of musicians across a broad range of musical genres.”

Mike reflects, “What I remember most about ALTC is that it was the Cold follow-up that never happened. David left Lycia just as Cold was released, and the creative momentum going with us since the Stark Corner tour was cut short. If David would not have left at that time, I think something like ALTC would have followed Cold. For years I wondered what Lycia would have evolved into if David never left. We tried a couple of times to collaborate, but something always derailed it. Quiet Moments was me exploring my A Day in the Stark Corner way of writing and creating again. The end result was the most satisfying release I’ve ever worked on. This led to a desire to revisit the mid-90s style and approach, which led to David’s return. Yes, it was important to work with him again. Cold was so powerful that I needed to know what Lycia could do with this lineup again, and A Line That Connects surprised me. It became more than what I hoped for; we explored a lot more territory than I anticipated. This is Lycia’s most collaborative album ever, and David was more involved than he had ever been. He even sings lead on two songs, ‘The Rain’ and ‘Autumn Moon,’ which he also wrote.”

BRAINWASHED: “One thing that clearly has not changed is the overall bleak and dour mood to VanPortfleet’s music, which manages to be lugubrious without being plodding or overly ponderous. It is slow and depressing, but never in a way that feels like it is trying too hard or forcing a mood for the sake of attention.”

PITCHFORK: “For over two decades, Arizona’s Lycia have been pioneers of ‘darkwave,’ a reverb-drenched, gothic take on dreampop. This is the Cocteau Twins, if they looked so far inward that they began to focus on the darker, downer-ridden side. Along with lovesliescrushing, who freed shoegaze from pop conventions, (Lycia) became one of the noteworthy and boundary-pushing acts on the goth music label Projekt. [A Line That Connects] is consistent with their past efforts, while remaining an intriguing headphone journey.”