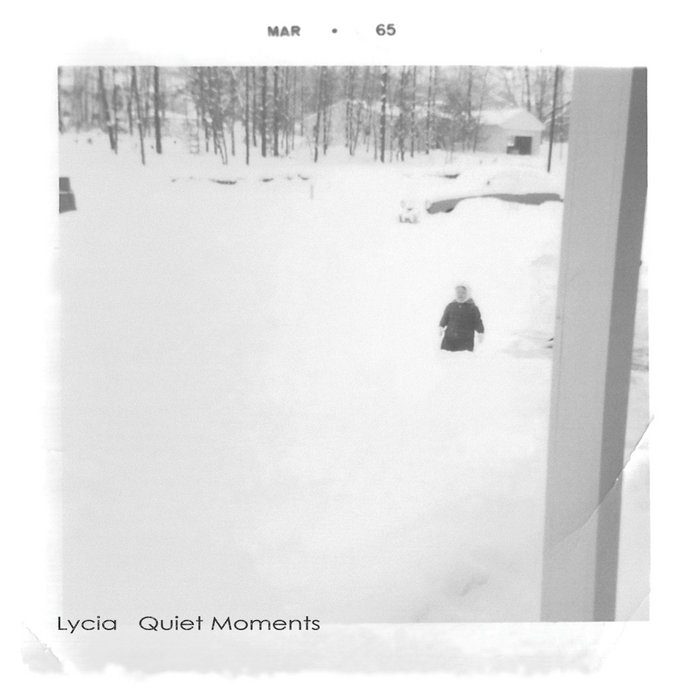 “It’s not often a band comes back from a long hiatus with anything approaching its best work,” writes Craig Hayes in PopMatters, “but with Quiet Moments Lycia has returned with an album as blissful and fascinating as Cold or The Burning Circle and then Dust. Quiet Moments presents a beautiful portrait of Lycia in 2013, reaching in and grasping at the heart with bittersweet, pensive, and luxurious sounds.”

With emotionally raw songs and plenty of mournfulness, Quiet Moments is a deeply personal and honest album — delving into isolation, existence, love and loss. The album explores eternal themes through glimpses into Mike’s private life and innermost thoughts. In a sense these are plaintive snapshots of memories — VanPortfleet’s personal recollections of an icy, distant past.

Lycia creates meaningful yearning imagery, and deep, immersive evocativeness. Creating that moody atmosphere is exactly what Lycia does best – turning the mournful into the majestic to make meditative suites. With echoing vocals rising through wintry drones, and light reflecting off glazed guitars and billowing, shimmering electronics and effects, Quiet Moments is 64 minutes of expressive, eloquent, and chilling music.

Craig Hayes writes, “Lycia has provided some achingly blissful suites in the past, and Quiet Moments ranks up there with its very best work.”

Pitchfork: Quiet Moments certainly harkens back to the early 90s glory days of Lycia—it’s slow and heavy and solemn, but it’s pretty, too. You’ve taken a lot of stylistic detours under the name of Lycia, but is this album an attempt to restate the band’s claim to that sound? And if so, did you revert to your old approaches to make it work?

But I think Quiet Moments approaches a lot of the same themes from a much more mature angle. In the 90s, my view of the world was a little more tunnel vision, more focused on the immediate, more now. My scope of vision is a lot wider. It’s not just dwelling on whatever is bothering me. I used to focus in, and it was useful and primal. Now, it’s a little more sedate.