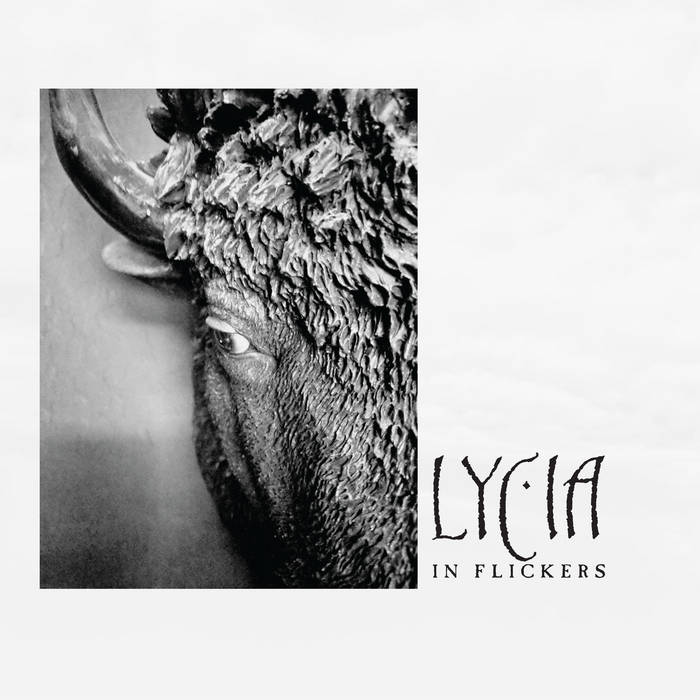 hjoe834 Lycia have given up their trademark sound of heavily distorted guitars, which is a pity. instead they focus on mostly melancholic acoustic guitar pop songs with (up beat!) rhythm machines, Kling Klang Piano sound and other sonic experiments which are supposed to create an ethereal atmosphere but are often bleak and repetitive and mostly not dark at all.
Thus disappointing except for tracks like Rewrite, Mist and Favorite track: Late Night Solitude.

Jack music Life ♠️When you want to jump into ... another world. Favorite track: A Failure.

Noctilucant Classic Lycia from start to finish with some slightly new innovations here and there. Highly atmospheric, beautiful, melancholy and ethereal as ever! The Orange splattered vinyl is a beautiful sight to be seen too! Favorite track: The Path.
more...

In Europe, save shipping costs and time by ordering from:
deejaydead.de/en/projekt/lycia

American darkwave/atmospheric act LYCIA returns to Projekt for the 4th release of their second era. Mike VanPortfleet’s LYCIA formed in 1988 and released seven darkly passionate albums on Projekt between 1991-2002. After several lost and unproductive years, a second era began in 2010 with Fifth Sun, followed by Quiet Moments (2013), and A Line That Connects (2015).

In their 30th year, LYCIA still pushes at the boundaries experimenting with sound; In Flickers is an emotionally charged album of deeply personal darkwave/post-rock. The ten tracks are intriguing meditations on forgotten paths, corrupted hopes, and faint memories of beauty. The open-ended melancholy captures a cold and desolate spirit, a sound as somber as the lyrics themselves. From the title track, “Silently they were taken away today / their future happiness and dreams were just thrown away / did they ever see the sun beyond the rain? / the only hope was they felt hopes in flickers / in flickers.”

POP MATTERS: “LYCIA’s influence, and the respect it’s afforded, has been far more profound than any record sales figures would suggest. While VanPortfleet might have felt his band was underappreciated, you only need look to the resurrection of deathrock, the rise of witchy and hauntological electronica, shoegazing metal, eerily psychedelic Americana, or the rejuvenation of dark ambient music to see that LYCIA’s legacy inspired a raft of musicians across a broad range of musical genres.”

In Flickers explores dynamic new sonic territory while reflecting back on the emotional atmospheres of LYCIA’s classic 90s sound. The current lineup of Mike VanPortfleet, Tara Vanflower, David Galas and John Fair brings together all past LYCIA members for an album fueled by the varied and vibrant current darkwave (and related) scenes and in turn by the 80s bands that influenced these scenes. LYCIA goes full circle back to their original inspirations. In that sense, the release feels both new and retro.

Mike began the album with a few solo acoustic tracks. Soon after, John and David brought in collaborative material that changed the direction of the project.

“John approached me about adding guitar to some synth songs he was working on,” Mike comments. “They took me back to the feel of our collaborations from the 80s and stirred up so much nostalgia. Even though they were stylistically very different from the ‘solo’ songs I was working on, the mood was a perfect fit, and I felt they needed to be part of what was coming together as the next album. Around the same time I started working with David on a couple of songs. I had him listen to a number of new bands before starting… curious as to how it would affect his writing. Like with my ‘solo’ songs, it did have a marked effect and really added a new feel to the established LYCIA sound. Plus he had a Cold outtake – “Autumn Into Winter” – which was magic when I first heard it. A true time capsule from 95/96.”

PITCHFORK: “For over two decades, Arizona’s LYCIA has been pioneers of “darkwave,” a reverb-drenched, gothic take on dreampop. This is the Cocteau Twins if they looked so far inward that they began to focus on the darker, downer-ridden side. (LYCIA is) one of the noteworthy and boundary-pushing acts on the goth music label Projekt.”

In Flickers thematically follows the lead set by Quiet Moments and A Line That Connects. “Over these last 3 albums,” Mike observes, “I’ve often found myself revisiting the lost and nearly forgotten times of my youth and all the disruptions that corrupted my path… and pining for the comfort and simplicity of earlier times. Maybe it’s because I’m older and have a young son and see things through his eyes. Maybe it’s my growing preoccupation about aging and time flying by and a sense of being left behind. In Flickers is an outburst and release of both. The beginning and the end.”

American darkwave/atmospheric act LYCIA returns to Projekt for the 4th release of their second era. In Flickers is an emotionally charged album of deeply personal darkwave/post-rock. The ten tracks are intriguing meditations on forgotten paths, corrupted hopes, and faint memories of beauty. The open-ended melancholy captures a cold and desolate spirit, a sound as somber as the lyrics themselves. PITCHFORK: "Arizona's LYCIA has been pioneers of darkwave... a noteworthy and boundary-pushing act."
~~~~~~~~~~~~~~~~~~~~~~~~~~~~~~~~~~~~~~~~~~~~~~~~~~~~