Get fresh music recommendations delivered to your inbox every Friday.

The Lost Seasons of Amorphia 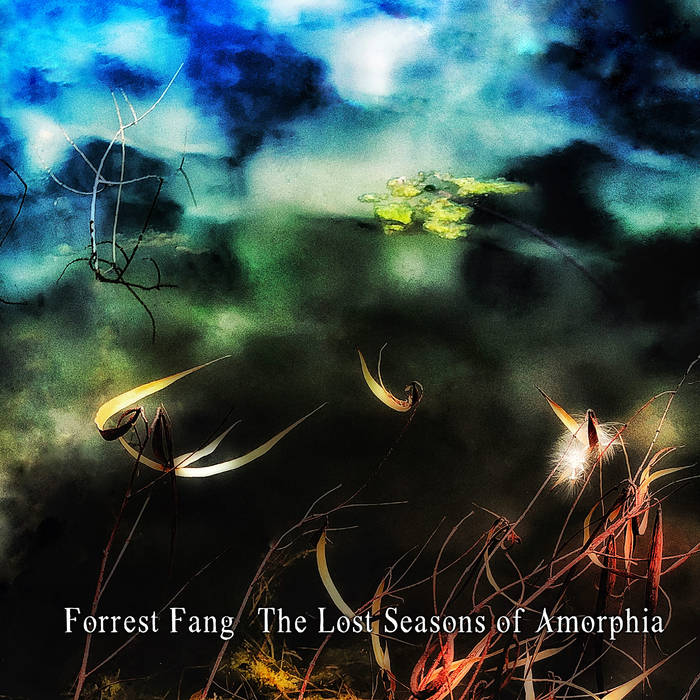 The lush ambient space music of veteran Bay Area composer Forrest Fang explores the tactile nature of sound. On his latest, THE LOST SEASONS OF AMORPHIA, he brings electronically-treated Asian instruments such as gu-zheng, kim and Javanese gamelan to the fore, subtly complementing them with hypnotic processed electronics in a manner that evokes his explorative sensitivities. Over four decades, Fang developed a distinctive style deeply informed and inspired by his studies of electronic music, minimalism, and Asian traditional musics of Indonesian Gamelan, Chinese classical music, and Japanese Gagaku court music.

The compositions are varied in mood, perhaps reflecting the “seasons” lost when our states of mind change during especially difficult times (such as the current one). “When I recorded the pieces, I tried to avoid being expressly programmatic,” says Fang. “However, the ups and downs of this past year probably had an indirect effect on what I created, and these pieces were my way of making sense of what have been strange and uncertain times.”

On the opening twenty-minute track, “The Isle of Welcome,” warm ambient textures flow within its four continuous sections with treated electronics and acoustic instruments bridging the transitions between sections. The sustained orchestral tones of the introduction gradually give way to the percussive interplay between an Asian zither, electric piano, and layered synthesizers. The synthesizers provide a continuing sonic bed for echoing and gongs and a gamelan at the halfway point, and also complement the electric piano, strings, and sequenced electronic tones in the final section. "Isle" was composed for a special Thanksgiving show in November 2021 for the celebrated Philadelphia-based space music radio program, “Star's End.”

The album continues with “Throwing Salt,” an evocative amalgam of contrasting timbres that combines the primal sonorities of a gamelan with soft electronic strings lingering in the aural space. A short interlude for zither and electronic drones, “Inlets,” follows.
A moody and quiet foreboding prevails on “A Shadow on the Shore.” Airy and ephemeral synthesizers and processed field recordings slowly dissolve into a darker droning cloud of horns. Out of this season of darkness emerges a brighter sonic tableau in “From Post to Palm.” Violins and flutes are accompanied by hypnotic polyrhythms and ostinatos from gongs, hand percussion, metallophones, organ, and processed strings. The flutes are performed by veteran progressive musician Dave Newhouse, who also guested on Fang's 2018 release, SCENES FROM A GHOST TRAIN.

The ebullient atmosphere of “From Post to Palm” is soon replaced by the mysterious calm of a quiet and hypnotic “Distant Figure.” This interlude features shifting electronic drones, processed environmental sounds, and a faraway electric piano. The album concludes with “Urchins,” sequencer-based space music that gently undulates and gradually recedes into the night.

THE LOST SEASONS OF AMORPHIA is a classic Fang release. Its ethereal atmospheres are grounded in primal Asian instruments that seek balance in the sometimes unpredictable darkness and light of our interior seasons.