The Wolf At The Ruins / Migration (reissue) 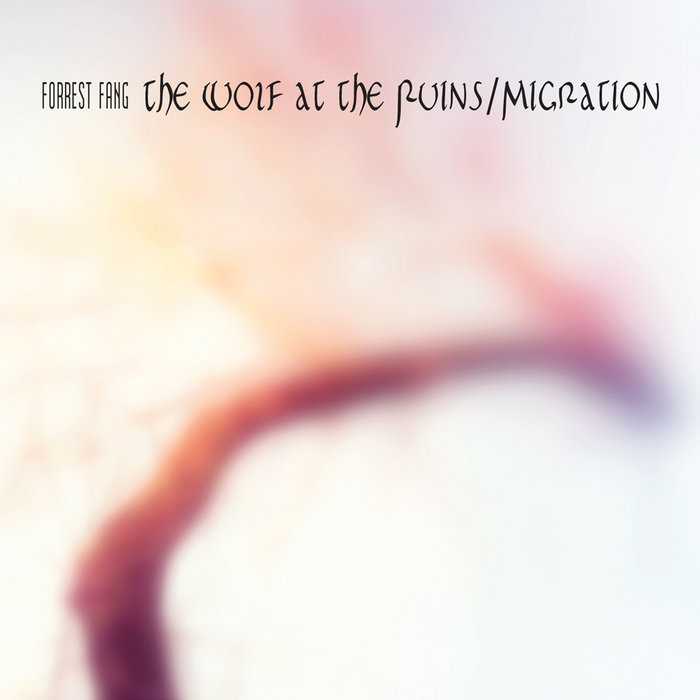 The gaye device An ambient classic. Perfect as I sit in the garden watching clouds drift by and the trees swaying in the wind. So relaxing. I love the variation on this album.

rikm Bringing together two early releases from the eighties, "The Wolf at the Ruins/Migration" finds Forrest Fang moving forward with techniques and approaches to music making that would inform and define his style in the future. A fascinating look at his early work and a taste of the wonders to come, this is an essential release for any fan of Fang's work.

Sandra Barnes this is a very beautiful music. I like the different instruments in it. Very relaxing as well. I definitely recommend this album Favorite track: Gradual Formation In Sand.

Ilja Sillman One of the best kept secrets of my ambient collection, this album is a must have. Favorite track: Silent Fields.

mrpigeon Listened to this in its entirety whilst watching the sun rise over the ocean and it could not have been the more perfect fit. Sounds corny I bet, but it totally clicked for me in that moment. A classic collection of ambient music.

Brian Bourassa "Silent Fields" is all we know of this release by Forest Fang and it alone suggest that we could be in for a pleasant ride.

We'll have to wait till Aug. 13th though to find out!

Projekt opens the archives to bring back two formative ambient works. Originally released in 1989 and 1986 respectively, The Wolf At The Ruins and Migration have been out of print for over 20 years. They're from the period when he began his own fusion of electronics and traditional non-Western instruments into a modernist blend of electronics, ambient and world music. Re-released with two bonus tracks per album, and remastered by Robert Rich, this limited edition 2-CD reissue of 300 copies is the definitive way to experience Fang's early visionary blend of space music, hypnotic minimalism and earthy polyrhythms with a Far Eastern bent.

Originally released on Fang’s cryptically named Ominous Thud label, these releases incorporate tape delay techniques first popularized by ambient pioneers Robert Fripp and Terry Riley, combined with a broadening palette of influences from non-Western folk music to ambient music to progressive rock. The Wolf At The Ruins, released in 1989, was a particularly significant album for Fang that brought him to greater prominence with extensive airplay on nationally syndicated radio show such as Music From the Hearts of Space and Echoes.

"These albums were really a turning point for me, musically," says Fang. "With my exposure to traditional Chinese music and other non-Western forms such as Balinese gamelan, I was seeing and hearing new colors and textures that seem to form their own sound and language, maybe just a bit beyond my grasp but close enough for me to preserve the essence of what I was experiencing."

What reviewers have said about The Wolf At The Ruins:

“The Wolf At The Ruins is an intriguing album that freely mixes space music with multifaceted ethnic colorings in a way that is sure to appeal to connoisseurs of experimental global music.” -Allmusic.com

“An oriental-occidental fantasy world of music is created—not new age nor background music, but something deeper, evocative and involved.” -Audion

“[Fang’s] release ... confirms his stature ... as being among the best American synthesists. However, Fang does not rely solely on electronics. [H]e works with traditional non-Western instruments and musical styles (especially those from his Chinese heritage), and processes them through contemporary technology and a more modernist approach .... Simply put, Fang has produced a gorgeous piece of work.” -Option

What reviewers have said about Migration: